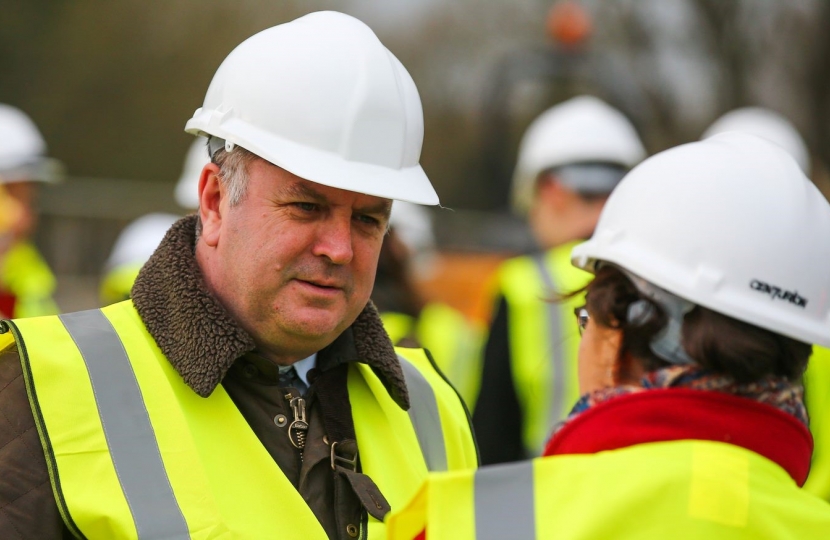 Wages in Devon are below the national average but house prices here are higher than the national average. As a result, many families struggle to make their way onto the housing ladder. Although planning decisions are taken by local district and borough councils, Mel has done what he can to support the building of affordable housing, either through the creation of Community Land Trusts or as a part of a larger development. As a Treasury Minister he helped to increase national funding for affordable housing from £7billion to £9billion.

More than a thousand residents in Central Devon live in park home communities and Mel has helped lead efforts in Westminster to strengthen their legal rights as a key contributor to the 2012 Mobile Homes Act. The legislation included greater legal protections against unjustified pitch fee increases and greater enforcement powers for local authorities when it comes to ensuring landlords properly maintain their sites. He was instrumental in helping residents in Buckingham Orchard in Chudleigh Knighton set up a Residents' Association, helped residents in Pathfinder Village to retain their GP surgery and has helped residents in New Park, Bovey Tracey, with various issues over many years, including local public transport provision.

Thousands of vulnerable people who were housed during the pandemic will be helped to stay in accommodation this year as a result of the allocations of funding recently announced.

Mel Stride MP was in North Tawton today catching up with newly elected West Devon Borough Councillor Barry Ratcliffe, who lives in the town, and fellow ward member Cllr Lois Samuel. The pair showed Mel around the Batheway Fields development and knocked on many doors, speaking to local residents.

Last week I met with Devon and Cornwall Police and Crime Commissioner Alison Hernandez in Ashburton to discuss how we can reduce the risk of people falling victim to scams, both on the doorstep and online.

Mel Stride MP returned to South Tawton near Okehampton today to open six affordable homes built by Hastoe. He had previously visited the site when construction was in its early phase in January 2018 (pictured).

MEL GIVEN TOUR OF NEW HOUSING DEVELOPMENT IN EXMINSTER

Exminster's Teignbridge District Councillors John Goodey and Kevin Lake have given Mel Stride MP a tour of a new housing development at the bottom of the village.

Teignbridge District Councillor Mike Jeffery invited Central Devon MP Mel Stride to Moretonhampstead today to show him a potential site for up to 32 new homes in the town at Forder Farm.

Ashburton Town Clerk Bruce Broughton sat down with the town’s Member of Parliament recently to discuss ideas on how to facilitate the building of more affordable housing for local families.

Mel Stride MP has been given a tour of a new affordable housing scheme in Christow. The development of 18 homes started in 2014 and was officially opened last September.

A new affordable housing development in Upton Pyne was officially opened today (22/04/16) with local MP Mel Stride among the attendees.