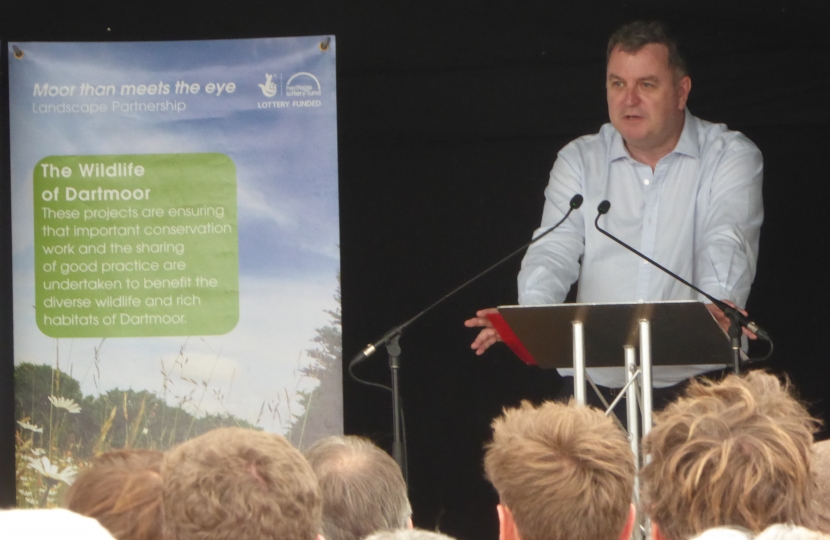 The need to protect our environment for future generations was one of the reasons Mel got into politics in the first place. Before he was elected to Parliament in 2010 he spent two years going into local schools with his 'One Tonne Green Challenge' - an initiative he founded to engage and educate our young people on the need to recycle and reduce our carbon footprint.

From 2010 onwards he took this mission to Westminster and helped to steer a major energy bill through the House of Commons in 2013 which introduced strict carbon emissions targets. In 2019, one of Mel's last acts as a Government minister was to support the UK in becoming the first major economy in the world to legislate for net zero greenhouse gas emissions by 2050.

As Chair of the House of Commons Treasury Select Committee, Mel was involved with Climate Assembly UK throughout 2020 and he led a major parliamentary inquiry into the decarbonisation of the UK economy and green finance, releasing a report in April 2021 that urged the Government to take action in a number of key areas. In October and November 2021 Mel attended COP26 in Glasgow.

Mel is proud to represent much of Dartmoor, including its largest towns, and has worked with local communities and DNPA on the need to improve Dartmoor's infrastructure (e.g. broadband speeds and mobile phone coverage) while also preserving its environment.

Mel was one of the leading campaigners for the regular rail service between Okehampton and Exeter via Crediton that launched in November 2021 - taking cars off the road and reducing air pollution along the A30. He has supported local campaign groups in Central Devon that are working to improve local walking and cycle routes, also in an effort to take more cars off our roads.

Mel Stride MP has urged local authorities to take advantage of a £20 million cash injection to boost the number of on-street Electric Vehicle (EV) charge points in towns and cities across the UK.

Mel Stride MP has given his backing to recommendations put forward by the Climate Change Committee (CCC) – an independent, statutory body which advises advise the UK and devolved governments on emissions targets – to cut 78% of UK carbon emissions by 2035 compared to 1990 levels.

As Chair of the Treasury Select Committee I have been pursuing an inquiry into the decarbonisation of our economy and so I was very pleased that last week the PM set out a 10 Point Green Plan. Historically, economic recoveries across the world have been anything but clean or green.

The journey to net zero

A few weeks ago I wrote about my involvement with Climate Assembly UK.

Over the past few months I have received many letters from constituents asking about Climate Assembly UK – what it is and how I have been involved with it.

Former Leader of Mid Devon District Council (MDDC) Clive Eginton, who lives in Chawleigh and represents Chawleigh and Lapford on MDDC, has welcomed the positive action by Mel Stride MP through Climate Assembly UK (www.climateassembly.uk) to help the UK

Mel Stride MP welcomed the budget delivered by Chancellor of the Exchequer Rishi Sunak on Wednesday (11/03/20), describing it as particularly good news for Devon.

Taking on The Green Challenge

In October I was proud to be chosen by MPs from across the House of Commons to serve as chairman of the Treasury Select Committee. Following the General Election, I was re-elected unopposed to continue in the role.