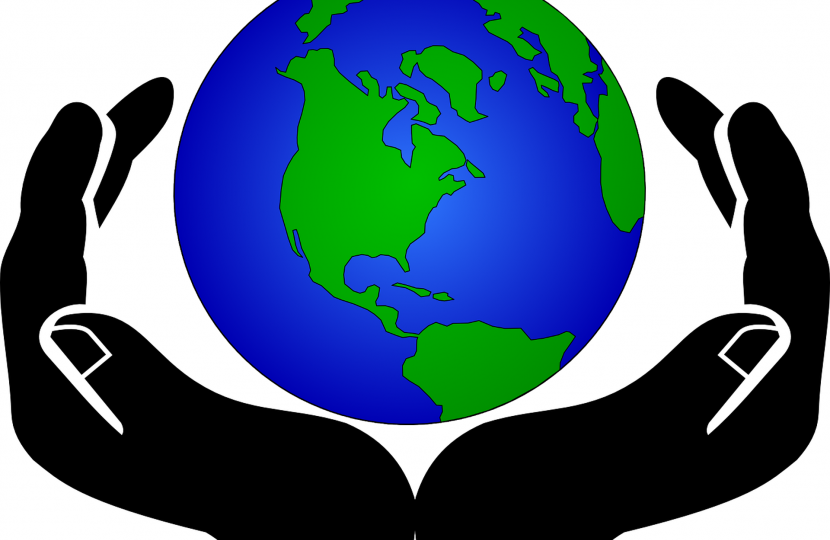 Over the past few months I have received many letters from constituents asking about Climate Assembly UK – what it is and how I have been involved with it.

In June 2019 the UK became the first major economy to legislate for net zero carbon emissions by 2050. I was proud to vote in favour of the legislation which was based on the recommendations of the UK’s independent climate advisory body. The ambitious target will largely be met by reducing UK carbon emissions, but also by planting more trees and using technology such as carbon capture and storage. From 2050 the UK should no longer be contributing to global warming. The target is important for two reasons. Firstly, although UK gas emissions have fallen significantly (from 600.9 MtCO2e in 2010 to 435.2 MtCO2e in 2019) more progress needs to be made and it needs to be made quickly. A national focus on a specific target with every Government department considering how it is helping or hindering us in reaching this goal is vital. Secondly, we cannot take a firm approach with other countries on reducing emissions unless we lead by example.

Government policy undoubtedly has a huge role to play. Increasing investment in green technology, putting the environment at the heart of agricultural policy, providing grants for low income families to better insulate their properties and tripling tree planting are just a handful of examples. But we will only reach the target if the public is equally determined for us to get there. This is where Climate Assembly UK comes in. The assembly was set up by six House of Commons Committees, including the Treasury Select Committee (which I chair), and comprises 100 members of the public, selected to be representative of our population. Over six weekends earlier this year they heard evidence from leading scientists about climate change and have produced a report (which will be published shortly) that will make various recommendations. I was very pleased to address the assembly during their final weekend. An exert from a letter I recently wrote to the Prime Minister, co-signed by the other five committee chairs, sums up how we hope Climate Assembly UK will help:

“In recent months the UK public has demonstrated its capacity to respond positively and responsibly when they understand the risks posed to them by an invisible threat that demands collective action. We believe that a similar approach, based on securing public support for ambitious policies through open dialogue around the science, is a sound basis for the net zero journey.”

I am looking forward to participating in the launch of the report, scrutinising the aspects relating to economic policy and contributing positive ideas on how to reach net zero by 2050 and help preserve our planet.

Below is a copy of Mel's full letter to the PM.

Climate Assembly UK: Interim briefing on Covid-19 and the Path to Net Zero

The UK’s first national citizens’ assembly on climate change has now completed its work. Today it is publishing an interim briefing on the implications of the COVID-19 pandemic, the resulting lockdown and the economic response for the path to net zero. The participants wanted their views on the recovery from Covid-19 to be published ahead of the final report, to help inform Parliament and Government’s response to the crisis.

We agree with your aspiration to “build back better” and create a “greener and more resilient” economy in the wake of the pandemic. The view of assembly members, having considered evidence on the path to net zero, is clear. 79% want the steps taken by Government to help the economy recover to be designed to help achieve net zero. And specifically, on lifestyles, 93% want steps to be taken to encourage those to be more compatible with reaching net zero as lockdown eases.

The interim briefing will be used as evidence by the Committee on Climate Change in its upcoming Progress Report to Parliament. Climate Assembly UK’s much more detailed main body of work, on the path to achieving the UK’s target of net zero emissions by 2050, will be published after the summer recess.

The assembly members were selected to be representative of the UK population across all four nations, a broad range of demographic characteristics, and levels of concern about climate change. Together they provide a unique insight into the views of an informed, representative sample of the UK population on the pathway to, and trade-offs associated with, achieving net zero. The final weekend of discussions was conducted online during the lockdown and allowed the members to consider the response to coronavirus.

It is vital that achieving the UK’s net zero target, which has unanimous cross-party support, is a joint endeavour between the Government, Parliament and the public across the country. In recent months the UK public has demonstrated its capacity to respond positively and responsibly when they understand the risks posed to them by an invisible threat that demands collective action. We believe that a similar approach, based on securing public support for ambitious policies through open dialogue around the science, is a sound basis for the net zero journey.

We are very grateful to the 108 assembly members for completing their work in difficult circumstances. Our Committees will use their findings to inform our work scrutinising Government 2 of 2 policy and implementation. We are sure that the Government will want to take them into account when developing policies and explaining them to Parliament.

We look forward to sharing the final report and working constructively with Government to achieve net zero.