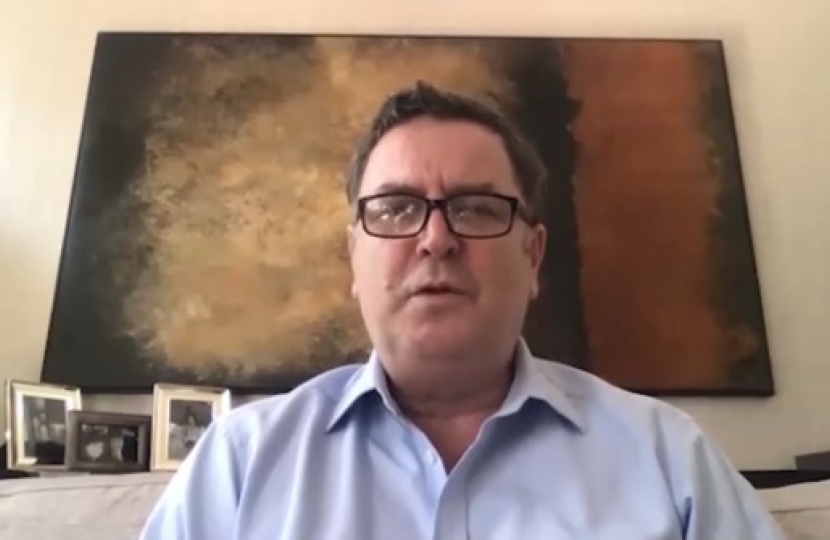 Mel Stride MP, who chairs the influential House of Commons Treasury Select Committee, has welcomed the final report of Climate Assembly UK. The assembly was set up by six House of Commons Committees, including the Treasury Committee, and was made up of 108 members of the public, selected to be representative of the population. Over six weekends earlier this year they heard evidence from leading scientists about climate change and have made a series of recommendations to the Government. Mel Stride addressed the assembly remotely during their final weekend.

“I was very proud that in 2019 the UK became the first major economy to legislate for net zero carbon emissions by 2050 but getting there will not be easy and the measures needed to do so may not prove popular. Climate Assembly UK was established to better understand public opinion on this vital issue and their report is constructive. It is ambitious which reflects the seriousness of the challenge we face, it follows the best available science, shows a real determination for us to reach net zero, and puts forward a number of options which are realistic and I believe the public can get on board with.”

The report is available at www.climateassembly.uk/report.