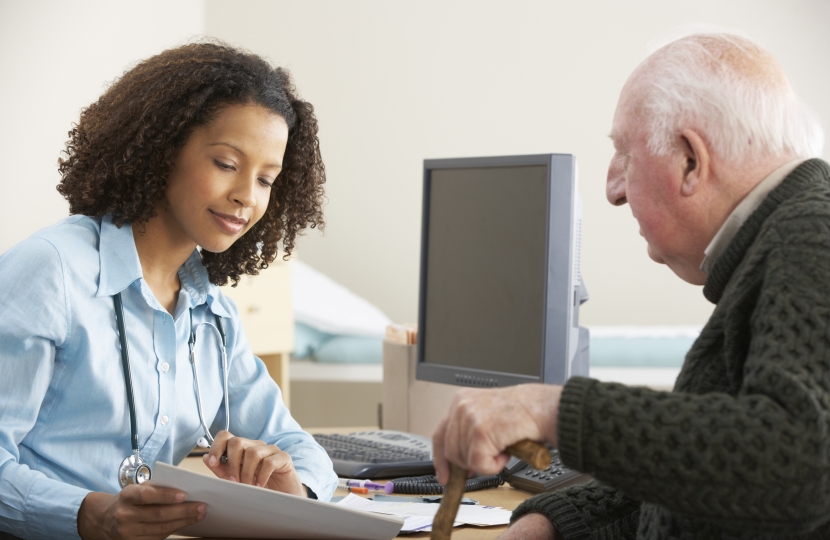 One of my key priorities as an MP has been maintaining (and where possible improving) local healthcare provision. I care deeply about our NHS and the principle of universal healthcare, free at the point of use, for those in need. Three years ago while serving as a treasury minister I was proud to help provide the largest ever cash increase for our NHS (an additional £20 billion a year in real terms by 2023-24, including an additional £2.3 billion a year for mental health).

Locally in Central Devon I played a key role in getting NHS England to intervene when North Tawton Medical Practice was earmarked for closure, and when the old medical centre in Hatherleigh closed I successfully pressed NHS England to get the new site up and running. I lobbied the Secretary of State for Health for funding for the new health hub in Crediton (which opened earlier this year) and I worked closely with the Ashburton and Buckfastleigh League of Friends to persuade the Torbay and South Devon NHS Trust to retain the hospital building in Ashburton after it closed the hospital. It is now serving as a valuable Health and Wellbeing hub, providing a range of outpatient services. In Okehampton I have worked alongside local stakeholders to bring new outpatient services to their hospital and earlier this year I organised a ministerial meeting regarding the future of Moretonhampstead hospital, and secured an assurance that it will stay open.

Preserving local healthcare provision is important for a number of reasons but near the top of the list is that our older residents need services to stay as local as possible, particularly those who no longer drive. When services are accessible and convenient they are used, but when they are not people sometimes don’t seek help when they need it. I was therefore proud back in 2011 when I helped to convince NHS Devon not to close the GP surgery in Pathfinder Village in Tedburn St Mary. For the past decade it has been a much-valued local amenity for the park home site – home to more than 400 older residents. However, its future is once again uncertain, after the St Thomas Medical Group, based in Exeter, wrote to local residents to say that a temporary closure of the surgery during the pandemic may be made permanent. Having reluctantly accepted the temporary closure on the grounds that the surgery could not be made Covid-secure, I will be fighting hard to prevent any possible permanent closure. With this in mind last week I met with local Teignbridge District Councillor Terry Tume at Pathfinder to launch a joint petition against its closure and signatures from local residents have been coming in thick and fast.

More from Mel at melstridemp.com.