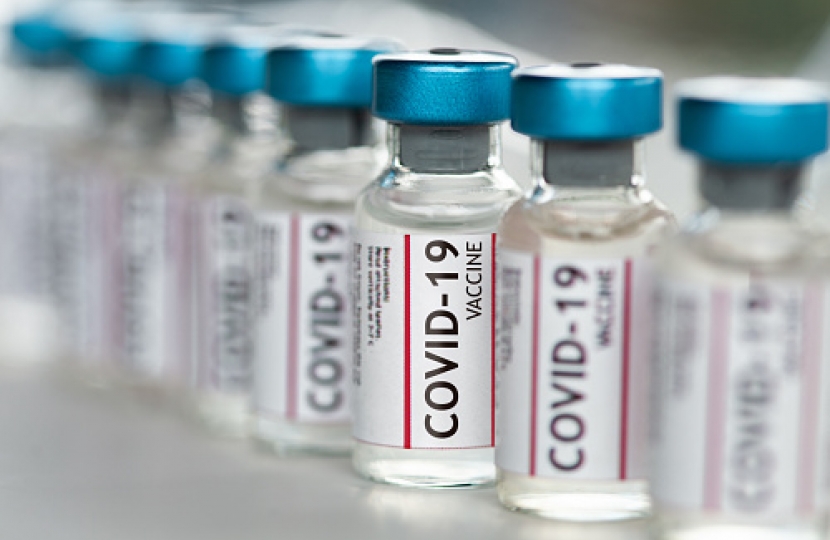 The UK is set to lift the remaining restrictions that have been in place as we have battled to get on top of the Covid-19 pandemic. It means that after 19th July we are likely to be the least restricted country in Europe despite the Delta variant spreading quickly. There are significant economic benefits that will come with further easing of restrictions – not least for the hospitality and catering sector here in Central Devon that has been hit hard over the past 18 months. The Government’s scientific advisors have studied the best available data and concluded it is right to make this move from a public health perspective alone irrespective of the additional economic gains.

The success of our vaccination programme (no other country even close to our population has vaccinated such a high proportion of its people) has weakened the link between cases and hospitalisations. Previously, we had to monitor case numbers very carefully because we knew that 2-3 weeks after a surge in cases there would be a surge in hospitalisations and later deaths. Now, the correlation is far far weaker. Instead of 10% of people infected with Covid-19 requiring hospital, now only around 2% do, and within that 2% are a disproportionate number of people who have declined the vaccine or have only received one jab. Six months ago 1 in 60 people who caught Covid did not survive. Now this has been reduced to fewer than 1 in 1,000. As more people are double vaccinated this will reduce further.

Last week when speaking about the lifting of these restrictions the Prime Minister asked a critical question. If not now, then when? Covid isn’t going anywhere – we may be living with it for the rest of our lives – and there are several reasons why 19th July makes sense. Firstly, the NHS is no longer at risk of being overwhelmed and this fear (which has previously been entirely justified) has driven many of the restrictions we have faced. Secondly, it is sensible to lift the remaining restrictions during the summer when it is easier to meet outside and young people are not mixing in classrooms for six weeks. Thirdly, by 19th July adults over 50 and those who are clinically vulnerable should have been offered their second vaccination. In Central Devon this target should be exceeded, with more than 70% of adults having had both doses already. With these groups having accounted for 99% of deaths during the pandemic we can be confident that fatalities should remain relatively low. Lastly, if we are waiting for deaths to hit zero we will sadly be waiting forever. There will continue to be a minority of people who refuse the vaccine and because no vaccine is 100% effective, we have no choice but to accept a certain number of deaths, just as we do with flu every winter.

I fully understand that many people will be nervous. It is a big leap to take. But opening up again follows the best scientific advice.