Dartmoor line to be first ‘Restoring Your Railway’ scheme delivered 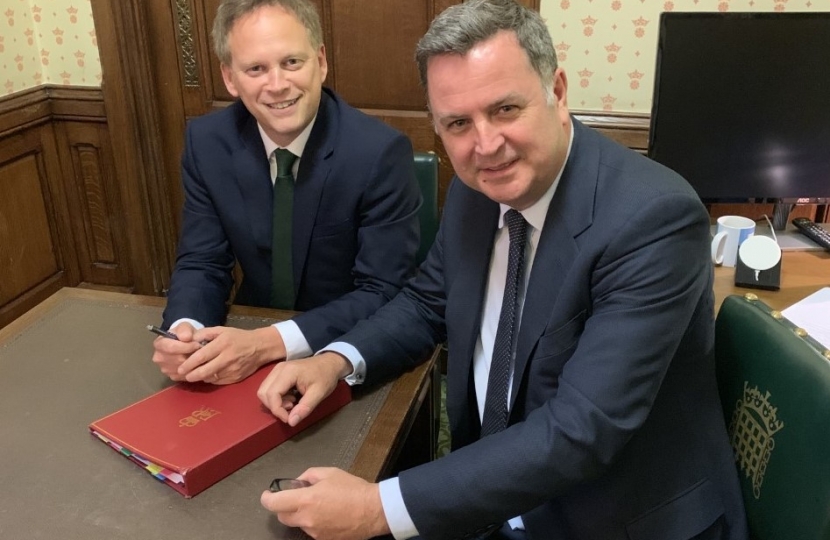 Secretary of State for Transport Grant Shapps MP has announced that the new Okehampton to Exeter rail service will be the first Restoring Your Railway scheme to be delivered. Mr Shapps has been in close contact with Central Devon MP Mel Stride since the Chancellor announced funding for the service in the Spring Budget and confirmed that services will begin this autumn.

They will initially run every two hours before increasing to an hourly service towards the end of 2022. Of all the rail services lost to the Beeching cuts of the 1960s and 1970s, this means the Okehampton to Exeter service via Crediton, known as the Dartmoor Line, will be the first to re-open.

Mr Stride, who has campaigned alongside OkeRail and other local campaigners for over a decade to deliver the new service, said:

“For the Dartmoor Line to be the first of the Beeching cuts to be restored is a huge moment for Okehampton and for our Central Devon constituency. It is good to see the Government delivering on its promise to level up funding across the country with the kind of investment often seen in major cities extended to a rural area like ours.”

“This is wonderful news, not just for Okehampton but for the whole of West Devon because thousands of residents in communities surrounding the town will benefit from the service. Many thanks to Mel for his determination over so many years and to all the other campaigners who have made this happen.”

The funding to re-open the Dartmoor Line was first confirmed in the Chancellor’s Budget on 3rd March, with £40.5 million allocated to deliver the scheme. The expected benefits include a boost to the economies of Okehampton and Crediton and a reduction in congestion and in carbon emissions from taking cars off the roads.

Photo: Mel meeting with Secretary of State for Transport Grant Shapps in 2019.

Businesses and organisations within our creative, cultural and heritage sectors have been among the worst hit by the Covid-19 pandemic.