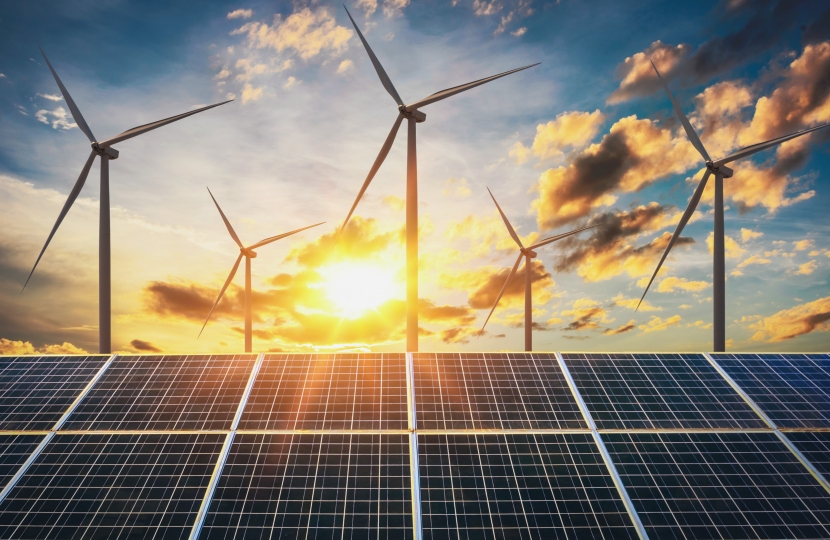 The need to protect our environment for future generations was one of the reasons I got into politics. Before I was elected as MP for Central Devon in 2010 I spent two years going into local schools with my 'One Tonne Green Challenge' - an initiative to engage and educate our young people on the need to recycle and reduce our carbon footprint. I took this mission to Westminster, helping to steer a major energy bill through the House of Commons in 2013 which introduced strict carbon emissions targets. Recently, I have been involved with Climate Assembly UK, addressing its conference last year and backing the recommendations it made to the Government.

I am proud that the UK has led the way on tackling climate change – cutting carbon emissions by more than any other similarly developed country over the past decade, setting out plans to cut carbon emissions further and faster than any other major economy by 2030 and being the first major economy to legislate for net zero carbon emissions by 2050. We are showing how it can be done –reducing emissions within the UK power sector by 68% since 2010, becoming the world’s largest producer of offshore wind and constantly looking at ways to make our economy greener. But we must also be honest and realistic that there is a huge amount more that we need to do and that our ambitious targets will be difficult and costly.

As Chair of the House of Commons Treasury Select Committee, made up of MPs from across the political spectrum, I have recently led a major parliamentary inquiry into decarbonisation and green finance with our final report being released a couple of months ago. It covered a wide range of issues affecting our economy and made various recommendations to the Government which it is now considering. In particular we are pushing for greater transparency when it comes to financial products so investors know whether their investment decisions are compatible with our net zero mission. Links to the report, its conclusions and recommendations can be found at www.melstridemp.com/netzero.

In October and November the UK will host the 26th UN Climate Change Conference (COP26) to accelerate action towards the goals set out in the Paris Agreement of 2015. I will be attending and hope to talk with ministers and representatives from other countries about decarbonisation and green finance, to encourage them to follow the UK’s lead and learn more about what is working well elsewhere. This collaborative approach to tackling climate change is essential. Without greater action from China in particular (whose energy sector is still dependent on coal and whose emissions are still rising) and the United States (that has 4% of the world’s population but is responsible for around 28% of global carbon emissions) we will not be able to make the progress we need. We also desperately need to tackle the problem of deforestation with countries such as Brazil and Indonesia. Progress is never easy, but COP26 is an opportunity that cannot be missed.