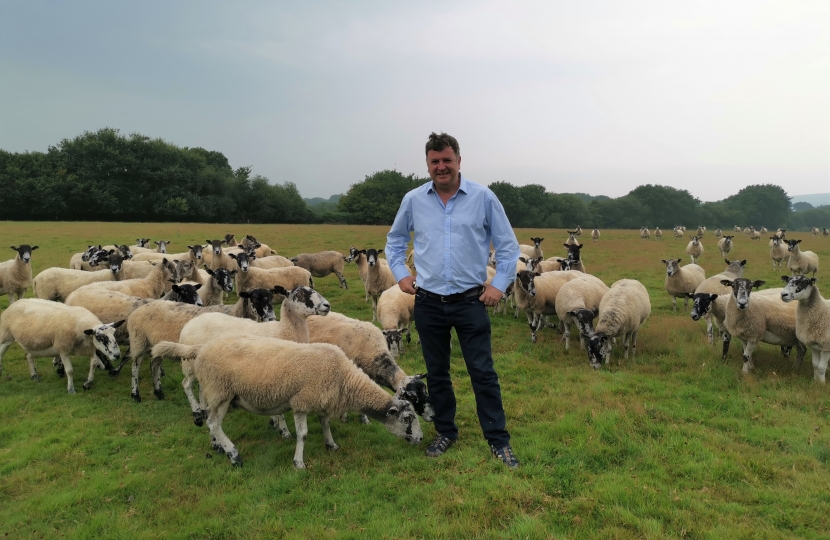 Mel Stride MP has written to the Secretary of State for Environment, Food and Rural Affairs George Eustice to seek assurances that the new system for farming subsidies will be practical and not bog farmers down in red tape. His letter follows visits to two Dartmoor farms last month, with the issues of subsidies being raised by both farmers.

“We are right to move away from the EU system of awarding subsidies based on the amount of farmable land they own, which has disadvantaged farmers who rent land and been a disaster for the environment. But the farmers I speak with are concerned about how linking subsidies to environmental aspects such as improving water and soil quality, maintaining woodland and protecting wildlife habitats will work. We need to know how these improvements will be measured, whether there be inspections or if farmers will be required to record and report large amounts of data themselves.”

In his letter Mel also asked the Secretary of State what steps the Government is taking to attract younger blood into the industry. He has previously worked with Bicton College in East Devon to promote agricultural apprenticeships as a route into farming.