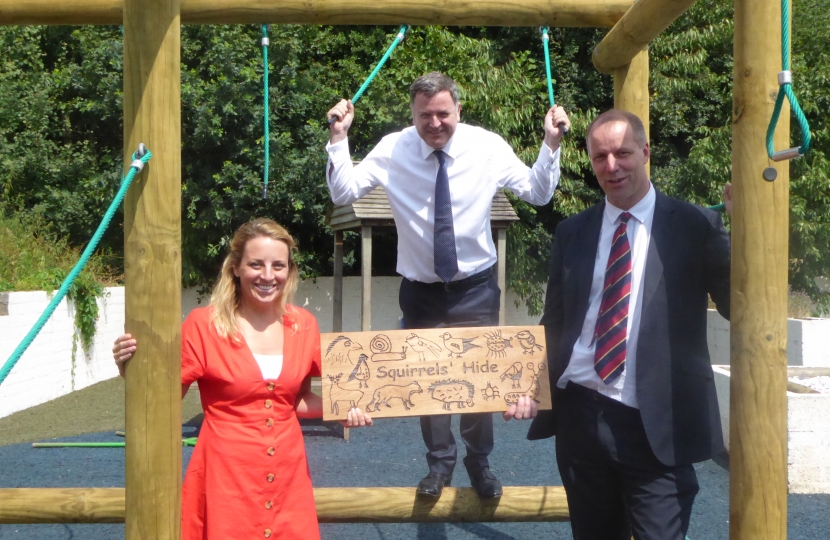 Mel Stride MP had a virtual meeting today with Baroness Berridge, a minister in the Department for Education (DfE), over concerns that Lapford Primary School is not getting the funding it needs to replace a condemned classroom. The school has applied five times, all unsuccessfully, to the DfE's Condition Improvement Fund (CIF) which provides funding for capital maintenance projects within education. The school's applications have focused on the need for funds to build a new permanent classroom with ancillary facilities to replace a temporary classroom which was built in the 1960s with a life expectancy of around a decade. Its condition has worsened considerably in recent years and was finally condemned by a structural engineer in December.

Mel, who has twice visited Lapford Primary School in the past five years to discuss this issue and has previously gone into bat for the school for funding, said:

"I am very disappointed that Lapford's fifth application for funding has been unsuccessful as I believe their case for funding is unanswerable  and I made that very clear to Baroness Berridge. However, there is a second tranche of CIF funding which Lapford is being considered for, with an announcement on this due in around six weeks. Another possible option is Urgent Capital Support funding, which I discussed with Baroness Berridge, and that Lapford could be eligible for this given that the building has been condemned. Either way I will continue fighting Lapford Primary School's corner until it gets the funding that is so urgently needs."

Photo: Mel on a previous visit to Lapford Primary in 2018.