A Busy and Poignant Week 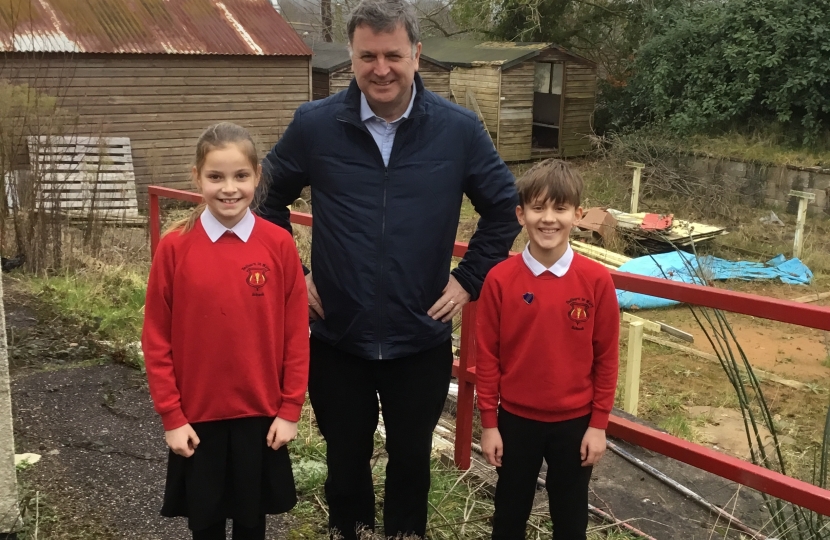 Last week I criss-crossed our vast Central Devon constituency visiting primary schools in Okehampton, Crediton and Tedburn St Mary (pictured). The visits coincided with National Reading Week and I am encouraged by the initiatives that our local schools have undertaken to promote reading. While we naturally want our schools to provide a well-rounded education that includes sport, music and art, the fundamental importance of numeracy and literacy cannot be overstated. I also visited the Central Convenience Store and Post Office in Copplestone which was recently victim to an appalling robbery. It is the second time in two and a half years that the store has been targeted and it was fortunate that no-one was hurt. I have communicated with Devon and Cornwall’s Police and Crime Commissioner Alison Hernandez about the incident and have asked to be kept updated on investigations.

I also attended the memorial service for John Daw – a very special man and a stalwart of the Devon agricultural community for over 50 years. John lived in Central Devon and was a serving Mid Devon District Councillor, a position he held since 1999. He was Chairman of Devon Young Farmers back in the 1970s and was still involved in his later years helping to mentor the next generation of young farmers (the need to recruit young blood into the industry being one of its most important challenges). He was Chairman of the Devon National Farmers Union in 2002 in the throes of foot and mouth, helping the industry come through this devastating ordeal. I worked with John over the years on various issues and organised for him to meet with then Secretary of State for the Environment, Michael Gove in 2017 in Chagford. As always, John spoke his mind with great passion, knowledge and more than a little mischievous humour. He was a true gentleman, a powerful voice for Devon farming communities and he will be sorely missed. The many hundreds of local people who attended the service bore testament to esteem in which he was and is still held.

Last week the Prime Minister launched the next UN climate conference, COP26, and reaffirmed the Government’s commitment for net zero carbon emissions by 2050 (the UK being the first major economy in the world to legislate for this important target). To help meet this goal the Government plans to bring forward its ban on the sale of new petrol and diesel cars and vans from 2040 to 2035. We need to accelerate the growth of our electric vehicle market and bringing forward the ban will help achieve this. As we have now officially left the European Union we can use COP26 to demonstrate to the world that far from becoming more isolated we remain fully committed to working closely with countries around the world on issues that matter to us all and in particular the urgent crisis facing our planet through climate change.