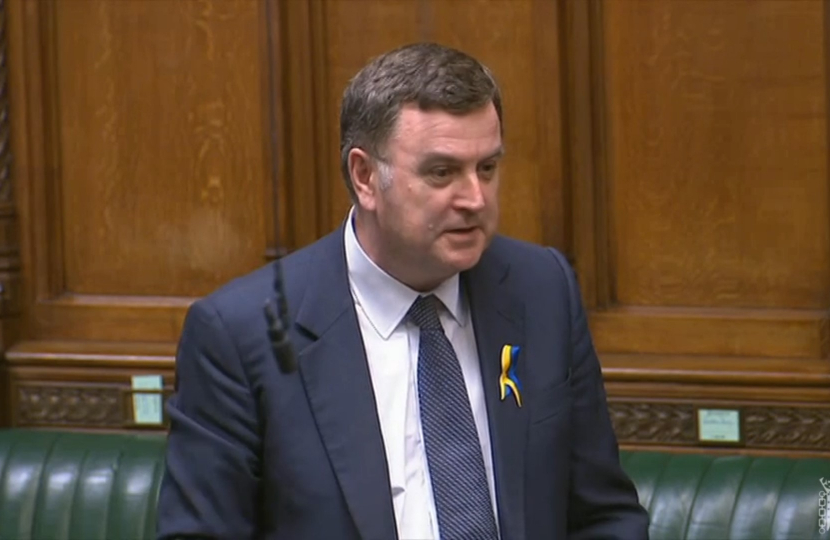 I have recently chaired a Parliamentary inquiry into the unprecedented economic sanctions levied against Russia. The Prime Minister has been right to insist that the UK, alongside our international partners, implement the strongest possible measures, which have already deprived Putin of 60% of Russia’s foreign currency reserves and led to very significant pressure on the rouble. Sanctions also show vital support for the people of Ukraine as they continue to bravely resist the Russian invasion.

Sanctions have been imposed on more than a thousand Russian individuals, entities and subsidiaries, including more than 700 oligarchs who have supported the Putin regime and 386 members of the Russian Duma, the lower house of the Russian parliament, who voted to recognise the independence of the Luhansk and Donetsk regions and who authorised the permanent presence of the Russian military in Ukraine. £500 billion of Russian bank assets have been frozen and the Russian state has been stopped from borrowing in UK markets. Russian mercenary groups, railways and defence companies have been sanctioned to disrupt their role in the war and the export of technical goods and technologies to Russia have been banned. The Government is also working closely with allies to exclude Russian banks from the SWIFT financial system and has made it a criminal offence for any Russian-linked planes or ships to enter the UK or its airspace.

But there will be a cost to the UK economy (a cost definitely worth bearing in order to support Ukraine) and the Government must urgently step up assistance to businesses affected by the sanctions. For example, I recently sat down with a number of local farmers and discussed the impact the war is having on our agricultural sector. There will also be a continued cost to UK households through higher energy bills and this will impact low income households the hardest. I recently challenged the Chancellor directly on tax changes and support for those on Universal Credit during a TSC hearing – our exchange can be viewed at www.melstridemp.com/28march22.

The inquiry I chaired made a series of recommendations to the Government as it moves forward with further sanctions. These include:

As ever, if I can assist any Ukrainian national living or working in Central Devon please do not hesitate to contact me.