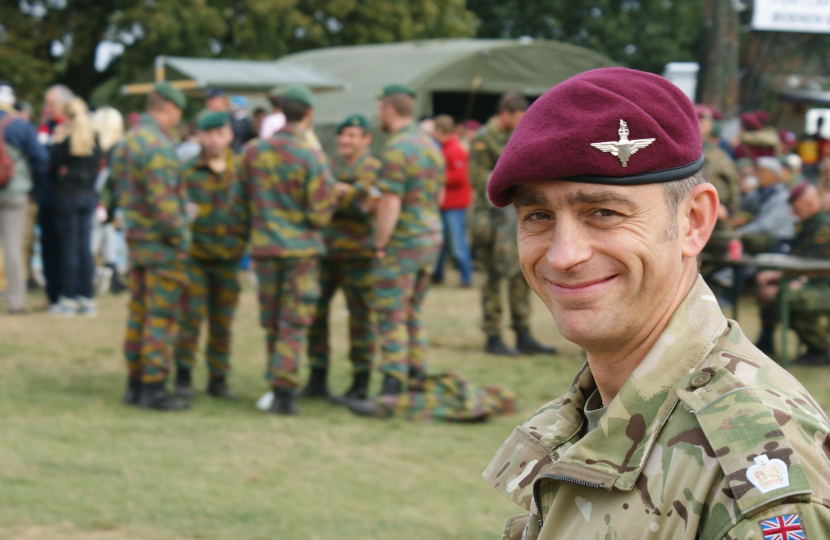 In January the Government kicked off its Veterans’ Strategy Action Plan for 2022-24 to provide better support for the men and women who have served so bravely in our armed forces. Its goals include:

Last week, to mark Armed Forces Week 2022, the Government issued a progress update showing what the strategy has achieved so far:

Employment – new figures show the ‘Great Place to Work for Veterans scheme’ is making it easier for veterans to join the Civil Service. When veterans opt into the scheme and meet the minimum criteria, they progress automatically to the next stage for most roles – whether that’s an interview or an online test. 800 veterans have already been offered employment through the scheme and a successful recruitment round for the new Advance into Justice scheme (which gets veterans into prison officer roles) has also recently closed.

Healthcare – Op COURAGE, the bespoke NHS mental health pathway for veterans that was launched in 2021, has received additional investment and is on track to combine three existing veterans’ mental health services into one long-term integrated service from April 2023. In addition, the number of ‘Veteran-Friendly’ GP surgeries continues to increase since the publication of the Action Plan. The accreditation support healthcare professionals through free online training and advice on referrals, with each practice nominating a clinical lead to improve their delivery of healthcare to veterans. 84% of accredited practices say they now have a better understanding of veterans’ needs and the services available to them.

Legal Protections – I have never served in the armed forces and cannot imagine what it is like to make a split-second life or death decision under extreme stress in the heat of battle. We need our serving men and women to think quickly and clearly and to execute what they are trained to do without hesitation. Their first thought should not be about facing a potential lawsuit. This is why I voted in favour of the Government’s Overseas Operations Bill in 2020 which has strengthened legal protections for our armed forces. The Veterans’ Strategy Action Plan for 2022-24 pledged further action and last week the Northern Ireland Troubles (Legacy and Reconciliation) Bill was introduced. One of its objectives is for British Army veterans, the vast majority of whom served in Northern Ireland with distinction, to no longer live in fear of getting a knock at the door for actions taken in protection of the rule of law many decades ago. Our armed forces personnel will still be held to the highest possible standard and credible evidence of wrongdoing will always be fully investigated. But it is only right that we properly defend those who have defended us and end the cycle of investigations that has plagued too many veterans for too long.