Standing up for our brave armed forces 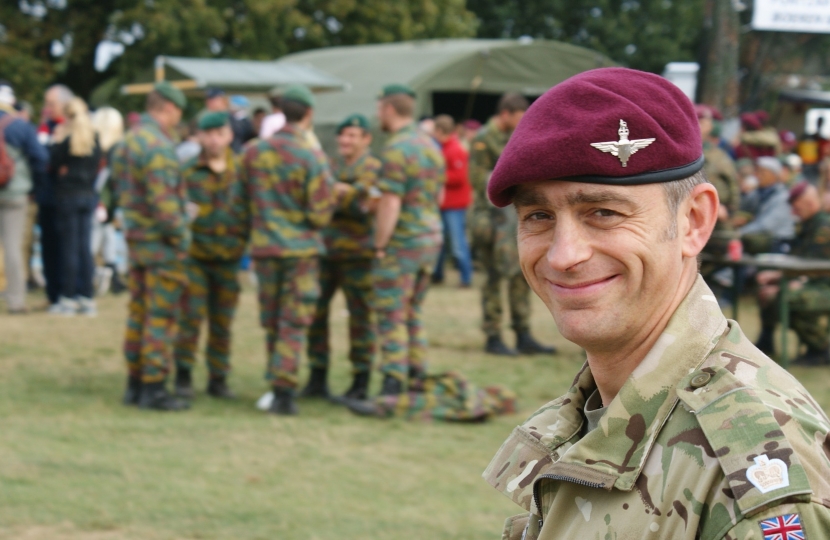 Last week I voted for the Overseas Operations Bill at its second reading in the House of Commons. The bill aims to provide greater legal protections to armed forces personnel who serve on military operations overseas against alleged offences and to provide a better legal framework for any future overseas conflicts. At the heart of the bill is a presumption against prosecution for alleged offences committed more than five years ago. Critics of the bill argue this will render our service personnel immune from prosecution and that it legalises torture. It does no such thing. Our armed forces are not above the law and will continue to be held to the highest of standards. Credible allegations of criminality will be investigated thoroughly, regardless of how long ago they occurred, but the five-year rule will help to stop unfounded claims based on little or no evidence. This is important because we have seen too many serving personnel and veterans hounded over alleged historic offences. Nearly three-quarters of the cases reported to the Iraq Historic Allegations Team were either dismissed as false or unworthy of investigation and the Al-Sweady Inquiry, which investigated the actions of British troops at the Battle of Danny Boy in southern Iraq in 2004, concluded that the allegations were based on “deliberate lies, reckless speculation and ingrained hostility”. The inquiry cost the taxpayer more than £30 million. The human rights lawyer who pursued the legal claims was later struck off after being found guilty of multiple misconduct charges by a tribunal.

The bill will also cap the length of time to pursue a civil claim for personal injury or death at six years. I will be looking at this in more detail to ensure this is sufficient to protect our serving men and women, should they suffer an injury or illness in the line of duty. As 94% of all claims since 2007 have been settled in less time - within five years - and that for any injury or illness with a delayed onset (e.g. PTSD), the six year period would start when symptoms begin rather than when the original trauma occurred, it would appear fair.

Having never served in the armed forces, I cannot imagine what it is like to have to make a split-second life or death decision under incredible stress in the heat of battle. In those situations we need our serving men and women to think quickly and clearly and to execute what they are trained to do without hesitation. Their first thought should not be about facing a potential lawsuit. Our armed forces are not above the law and should be held to the highest of standards – but our serving men and women also deserve better legal protections than presently exist.

The bill will now go into committee and I will engage in its progress carefully.

For the latest coronavirus guidance please visit www.gov.uk/coronavirus. Useful links, including business support, can be found at www.melstridemp.com/covid-19.