PUPILS FIND OUT MORE ABOUT PARLIAMENT AFTER VISIT FROM LOCAL MP 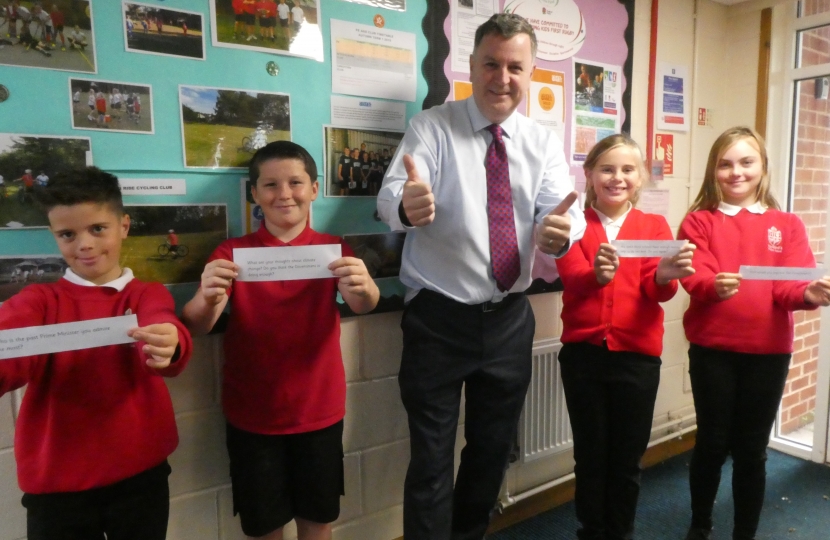 HAYWARD PRIMARY SCHOOL pupils invited their local Member of Parliament to talk at their assembly recently to talk about his role. Since Easter, the school in Crediton has received visitors from a wide range of backgrounds as part of ‘I am Crediton’ – an initiative that is celebrating the local community and the different people involved within it. The pupils have received visitors from local businesses, faith groups and charities among others. Addressing the assembly Central Devon MP Mel Stride spoke about what he felt made Crediton such a wonderful place to live and work, as well as what he tries to do each week in helping local people and important local causes.

Speaking after the assembly Mel said:

“It was good to be back at Haywards and, as ever, I was impressed with how well behaved the pupils were and how engaged they were with this wonderful topic that celebrates our local community and hopefully makes the children feel even more part of it. It was also good to have the opportunity to catch up with some of the teachers and congratulate the school on its last very positive Ofsted Report which saw the school retain its Good grade and good progress being made in a number of key areas.”

Hayward’s Primary School has 396 children on its roll and more information about the school can be found at www.haywards.org.