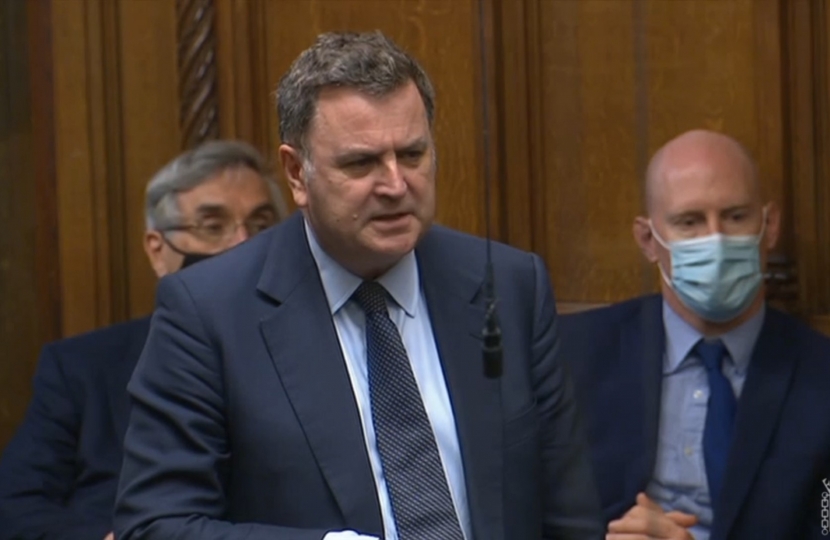 Two reforms to Universal Credit (UC), announced in the Chancellor’s Autumn Budget, have come into effect a week early, with half a million families set to benefit from the changes before Christmas. The reduction in the UC taper rate (the rate at which benefits are reduced as someone earns more) from 63% to 55% and the £500 increase in the Work Allowance have now been implemented. Two million of the lowest paid workers in the country who rely on UC to top up their income will be, on average, of £1,000 a year better off.

Central Devon MP Mel Stride, who as Chair of the Treasury Select Committee spoke in the Commons shortly after the Chancellor’s Autumn Budget speech, praised the reforms, citing the taper rate reduction has something he had pushed for as a treasury minister. His speech can be viewed at www.melstridemp.com/budgetnov21.

“This additional help for two million of the lowest paid workers in our country will not only make a big difference to their finances but reinforces the important principle that work should always pay more than benefits.”

UC claimants who are not in work will continue to benefit from the UC standard allowance and additional extra support if they have children, have a disability or health condition which prevents them from working or need help paying their rent. Vulnerable households are also able to access a new £500 million support fund to help them with essentials over the coming months.

Photo: Mel Stride MP speaking in the House of Commons last month about the changes to the UC taper rate.