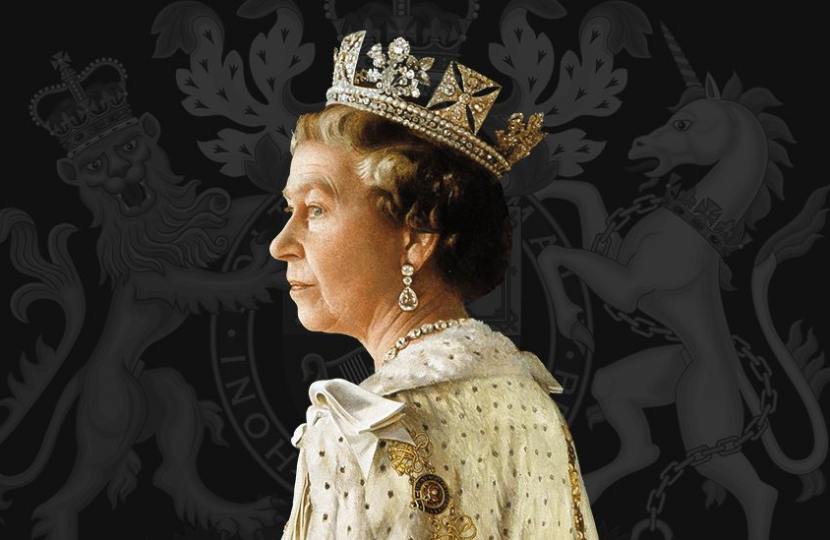 I was deeply saddened by the passing of Her Majesty Queen Elizabeth II. I met the Queen on a small number of occasions and it was the honour of my life to have spent just a little private time with her when I served as Leader of the House of Commons. Her warmth, sense of humour and interest in those around her put me at ease right away. My tribute to Her Majesty in the House of Commons on Friday can be watched here.

The Queen’s knowledge of world affairs was vast, having held weekly audiences with all our Prime Ministers since Winston Churchill and having met with every US President since Truman, with the exception of Lyndon Johnson. Her wise counsel to our Prime Ministers and her calm reassurance in times of trouble will be just one aspect of her formidable legacy.

Another will be the vital role Her Majesty played in persuading former British colonies to join the expanding Commonwealth, which has been so important for trade and national security and in more recent years tackling issues such as climate change and human rights. The iconic photo of her dancing, hand-in-hand, with the first President of Ghana in 1961 was hugely symbolic and did much to convince many African leaders of the new relationships the UK hoped to build. It was also seen in the United States when civil rights activists were campaigning to end segregation.

As a proud monarchist and with a keen interest in our history, I believe that the benefits of the Royal Family far outweigh any criticisms and I am in awe of how the Queen simultaneously did so much to preserve our history and royal traditions while also modernising the institution of the monarchy. The ease with which Prince William and the Duchess of Cambridge speak about issues that matter to them, such as climate change and mental health, is in no small part down to the Queen’s example.

As Commander-in-Chief, the Queen was unwavering in her dedication to our armed forces and Her Majesty served our country under her father George VI as a mechanic in the Women's Auxiliary Territorial Service during the Second World War. It was at the Royal Naval College in Dartmouth she was to meet her future husband Prince Philip for the first time – something of which Devon can be proud.

As a patron of more than 600 charities, the Queen helped to raise billions of pounds as well as an important awareness for worthy causes both at home and abroad. These included access to education and healthcare, environmental preservation, and global poverty.

If the past two years have taught us anything it is that we live in an uncertain world, but for 70 years Her Majesty Queen Elizabeth II has been a constant in our lives – a source of inspiration, hope and reassurance. A monarch like no other and life without her will never quite be the same again. My thoughts are with the Royal Family and I wish King Charles III well.

God Save The King.