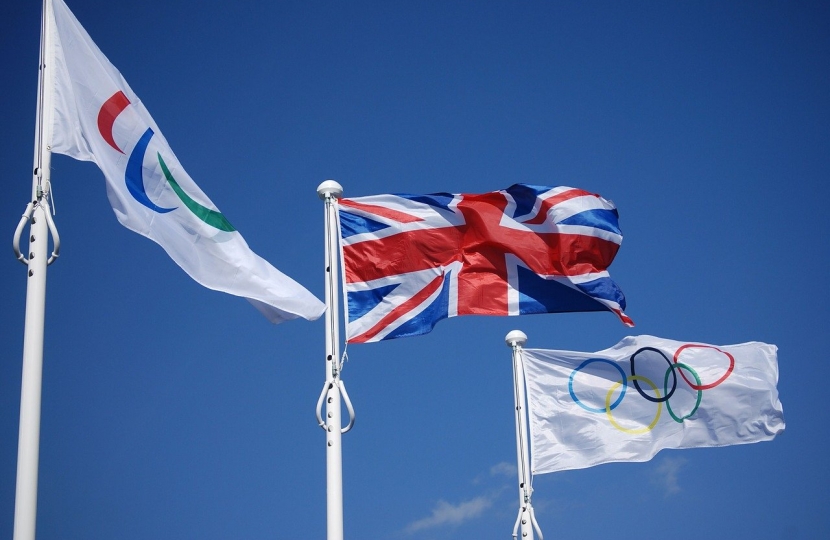 Some readers who have only known Team GB as the Olympic powerhouse of recent years may be astonished to learn that the most gold medals won by Great Britain in the 16 Olympics held between 1924 and 1996 was six. In the last of these – Atlanta – we won just one gold, with legendary rowers Matthew Pinsent and Steve Redgrave victorious in the Men’s Coxless Pair. Since then, we secured 11 golds at Sydney, 9 in Athens, 19 in Beijing, 29 in London, 27 in Rio and 22 in Tokyo.

In the last four Olympics we have finished fourth, third, second and fourth in the medal table and this year we won medals in more sports than any other country. We have had the privilege of watching and enjoying world-class athletes deliver moments we will never forget. Think of Kelly Holmes winning the 800m and 1500m double at Athens or Mo Farah doing the extraordinary 5,000m and 10,000m double in both London and Rio.

When we look at what has driven this success we need to follow the money. In 1996, funding amounted to about £5m a year. In the four-year cycle up to Rio Olympics in 2016, UK Sport spent £274m (and an additional £73m for Paralympic athletes). John Major laid the foundation for this significant increase with the creation of the National Lottery in 1994, Tony Blair continued it (and helped to secure London as the host city for 2012) and now Boris Johnson has pledged to increase the amount spent on the Tokyo Olympics by a further 44% for Paris 2024, meeting the amount requested by UK Sport to help fund 1,200 athletes across more than 50 sports for the next three years.

Increased funding doesn’t guarantee success – it doesn’t suddenly make someone quicker than Usain Bolt – but it provides the facilities and specialist support needed to give the athletic talent we have the best chance of winning. It also helps more athletes train full-time and for more sports, particularly those with lesser profiles, to be supported.

The question then becomes about whether the level of funding can be justified and the answer is unequivocally yes. The Olympics inspire us to go out for a run or to get on our bike and they show young people from backgrounds just like them – often from inner cities – that with hard work and determination anything is possible. They help to produce role models like Tom Daley, of whom we are particularly proud here in Devon. They are a rare moment when sportsmen and women across Great Britain compete together with the home nation rivalries we enjoy so much in the Six Nations put aside in a similar way to British & Irish Lions tours every four years. Evidence is mixed on whether Olympic success, even as a host nation, gets more people into sport in the long-term, but success breeds success and I have no doubt the staggering achievements of Tokyo will leave yet another Olympic legacy.