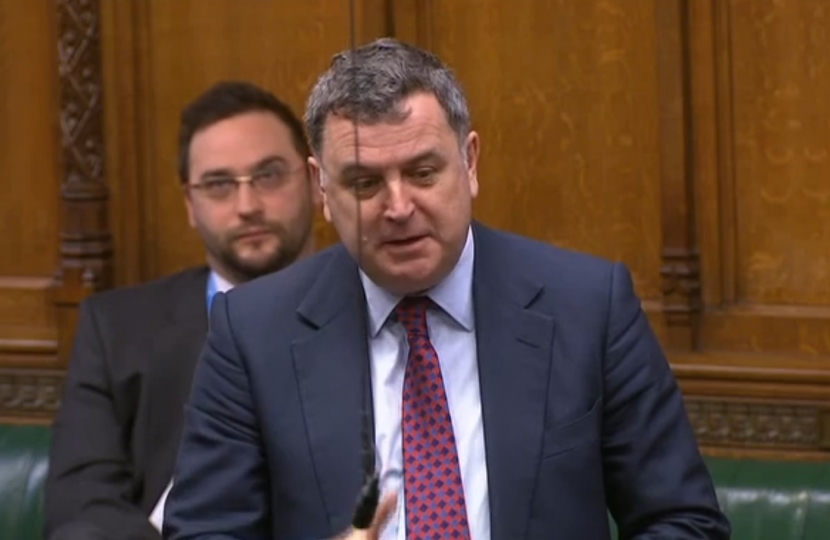 CENTRAL DEVON MP Mel Stride went into bat for hill farmers in the House of Commons (pictured) on Thursday. He urged Stephen Barclay MP, Secretary of State for Exiting the European Union, “to make sure that we come up with an excellent deal for our hill farmers, many of whom operate at a level of subsistence yet look after some of the most beautiful uplands in our land”. Farming subsidies are currently provided through the EU’s Common Agricultural Policy (CAP) which distributes approximately €50 billion across the EU each year. The Government has committed to maintaining the equivalent amount of funding that farmers in the UK receive for at least two years.

“Hill farming continues to be under significant financial pressure, with farmers facing higher running costs and earning less for most of the livestock they sell than they did five years ago. Without subsidies many hill farmers would be making a loss. When we leave the EU, we have a huge opportunity to reshape our farming subsidies and I will continue fighting for more support for the farmers who are struggling the most.”

In response, the Secretary of State acknowledged Mr Stride’s long record of standing up for hill farmers and said that the Agriculture Bill outlined in the Queen’s Speech will enable support to be more appropriately targeted.