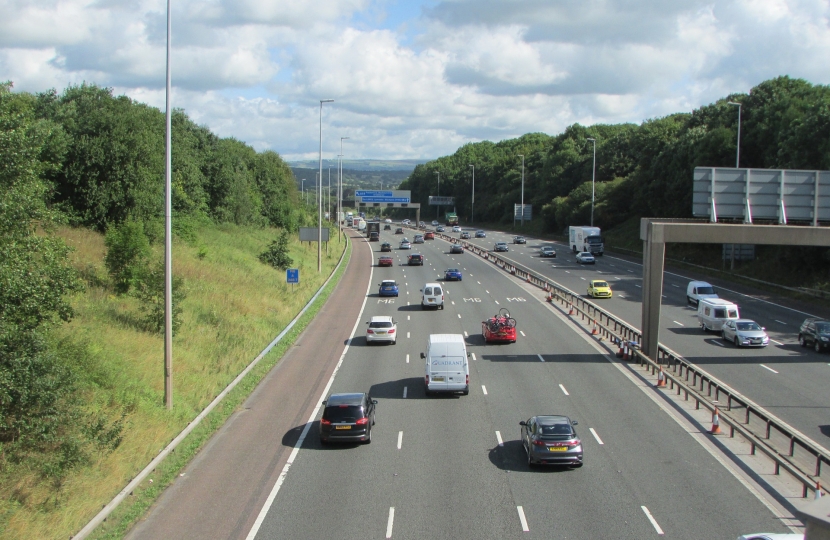 CENTRAL DEVON MP Mel Stride has welcomed the action the Government has taken to improve road and rail infrastructure during the coronavirus pandemic and new funding for further improvements. England’s motorways and major A-roads benefitted from £200 million of work carried out in April while some £550 million of improvements and maintenance were also completed on the rail network.

Now, an additional infrastructure package worth £1.7 billion has been announced by Transport Secretary Grant Shapps, which will improve roads, repair bridges and target 11 million nuisance potholes - enough to tarmac a road stretching a third of the way around the Earth. It will also see smaller improvements completed to upgrade local networks, such as enhancing road safety at key locations, the installation of priority bus lanes, and the creation of projects to help lock in improvements in air quality experienced during lockdown. This new infrastructure investment follows £2 billion of funding announced a fortnight ago to boost greener travel such as cycle paths and lanes.

“While the Government has understandably been focused on the impact of the coronavirus pandemic on public health, it is also good to see other important areas of domestic policy getting attention. Using the last few weeks to make road and rail repairs has been a very sensible move and this additional infrastructure investment will provide long-term benefits to our economy.”