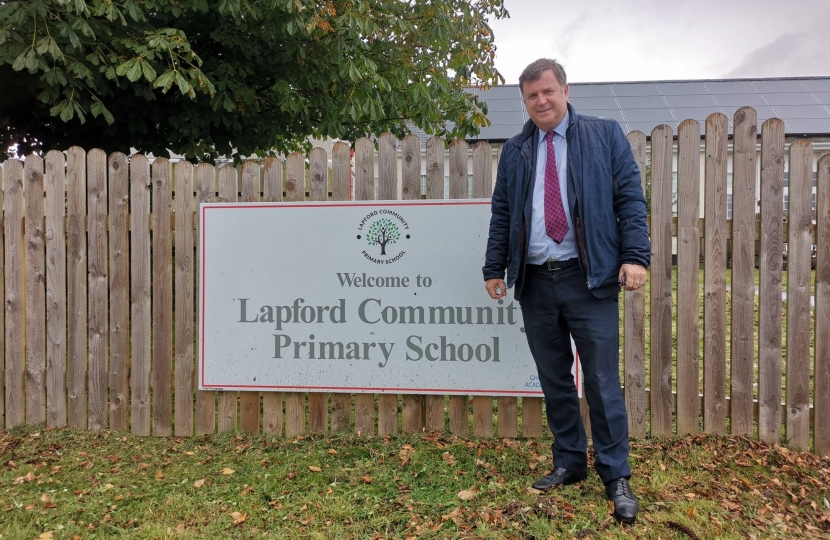 Mel Stride MP has visited Lapford Primary School to discuss plans to pursue Government funding to replace a condemned classroom. The school was recently unsuccessful in its bid for Condition Improvement Funding (CIF) from the Department for Education, leading to Mel meeting with education minister Baroness Berridge. Mel reported back on this meeting to Executive Headteacher Michael Johnson, Head of School Clare Wilmott and Estates Manager of Chulmleigh Community College Terry Pullen and encouraged the school to apply for the next tranche of funding in November.

“The arguments for the new classroom are not up for debate – the old building has been officially condemned and must be replaced. I hope my advice for Lapford’s next CIF bid was helpful and I will of course write in strongly in support of the bid. It is vital we persevere and get the children the facilities they deserve.”

“We really appreciate Mel fighting so hard on this. The classroom was only ever meant to be temporary when my children were being taught in there and that was more than 30 years ago! The school is doing really well and giving our grandchildren an excellent education but there is no doubt that a new, modern building would improve education provision further and be a big morale boost to the hard-working staff.”

This was Mel’s fourth visit to the primary school, having last visited in 2018.