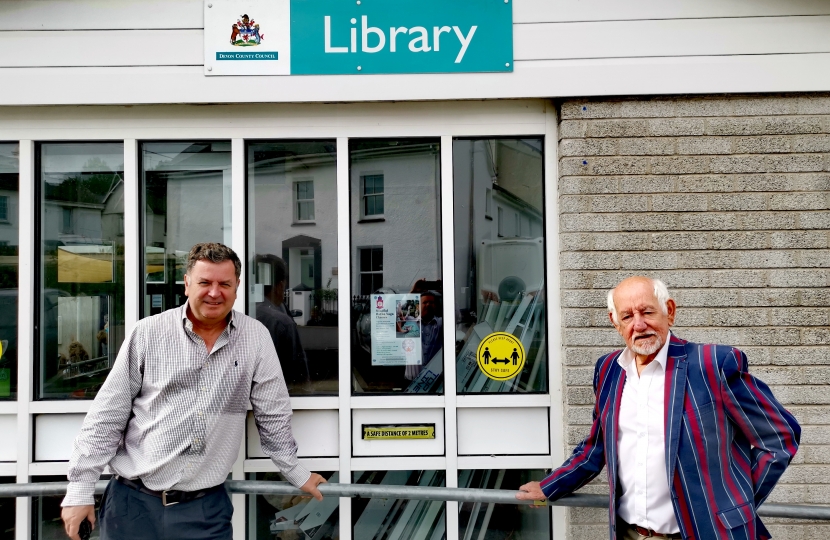 Mel Stride MP was in Bovey Tracey last week meeting with local Devon County Councillor George Gribble. The pair discussed a number of issues facing the community, including the major road repairs needed on Ashburton Road near New Park following a landslip and potential administrative changes to national parks in the UK which might affect Dartmoor.

The pair also discussed the decision by Devon County Council to donate the old library in Bovey Tracey to the local primary school across the road – a move pushed for by Cllr Gribble. DCC are covering the cost of repairs and renovations.

“Hopefully the issue of capacity at Bovey Tracey Primary will be greatly relieved in the long term by securing a new site, potentially on Le Molay Littry Way. But in the coming years I have no doubt the school will make good use of the additional space and I am grateful to Devon County Council for donating it.”

“It was very good to catch up with Mel. The library move into the new Riverside Community Centre has been a successful one – making it more accessible and freeing up the old building for alternative use. I’m delighted this has turned out to be for our local school, which will benefit the young people of Bovey Tracey for years to come before we can hopefully get a new school built on Le Molay Littry Way.”