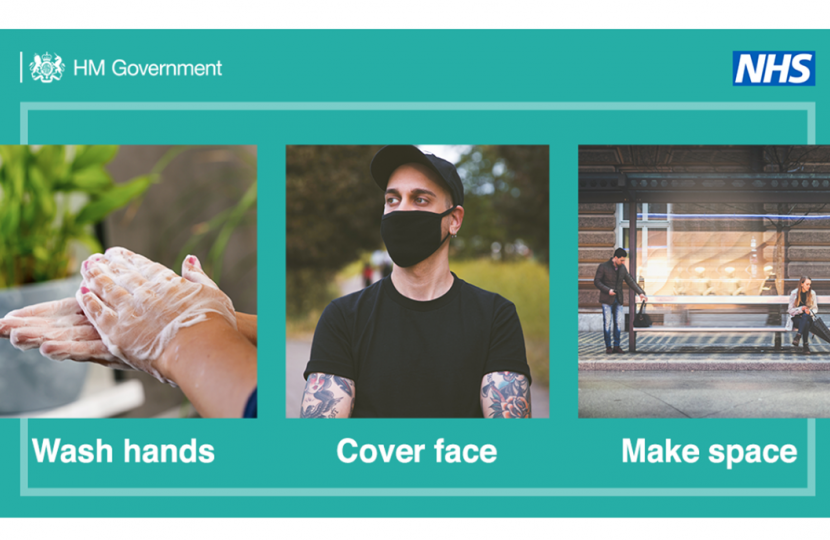 Mel Stride MP has thanked his constituents for their overwhelming compliance with the current lockdown measures. Figures released this week show Devon has the lowest Covid infection rates in England and that the four local authority areas which make up his constituency are among the lowest in the country.

The authorities of East Devon, Teignbridge, West Devon and Mid Devon, parts of which make up the Central Devon parliamentary constituency are currently the 5th, 7th, 9th and 11th lowest of the 315 local authorities in England, all with rates of 115 cases per 100,000 or lower. The national average is 268 cases per 100,000.

“While there has been the odd act of irresponsibility that has rightly been dealt with robustly by the police, we have seen an overwhelmingly high level of compliance to the lockdown restrictions in Central Devon, with residents playing a vital role in driving infection rates down.”

But the MP also urged continued caution, with the benefits of vaccinations only beginning to kick in and with the Scientific Advisory Group for Emergencies (SAGE) urging vigilance over new mutations that are beginning to spread. He added:

“Now is not the time to get complacent. We have seen after previous lockdowns how quickly rates can rise again and when we come out of lockdown we want to do so with the fewest possible infections to begin with. We also need to buy more time while our very successful vaccination programme continues to take effect and the NHS recovers from the pressures of recent weeks.”

Thank you for contacting me about the outbreak of the coronavirus.