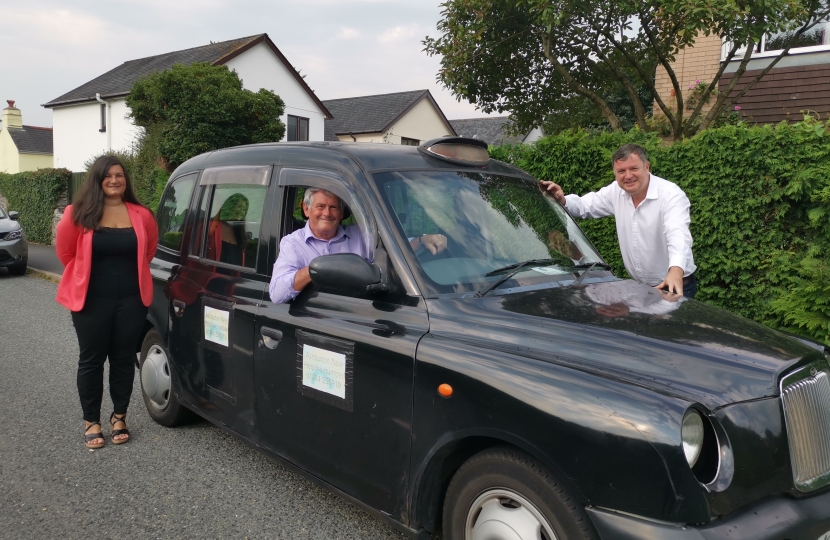 Volunteer drivers in Ashburton have done a heroic job during the last few months providing transport to residents in need over the last few months according to local MP Mel Stride. The town’s community covid-19 response team recognised early on in the pandemic that there was a real need to transport patients safely to hospital and GP appointments, and the idea of a black cab with a partition screen was born. It was funded by the League of Friends and has also been used to transport key workers when there was no public transport available. On one occasion it was even used to transport a pregnant woman who’d had a fall and needed a scan at a hospital.

“A lot of people have helped to make the black cab happen. Nick Turner sourced the cab for us, Mead Garage did some repairs, Darren Gibson touched up the paintwork and Matt Pedrick gave it a full valet. The initial team was led by Mike Lowrey until Charlie Dennis took over in May. It has made more than 250 journeys!”

“The fact the black cab has been booked, on average, more than once a day since it started shows how vital it has been to residents in Ashburton and neighbouring communities such as Buckfastleigh, Bovey Tracey, Chudleigh, Haytor, Widecombe and Poundsgate who have used the service as well. For Charlie to be on call six days a week helping people in need is a heroic effort and I am grateful to Sarah and everyone else who has helped.”