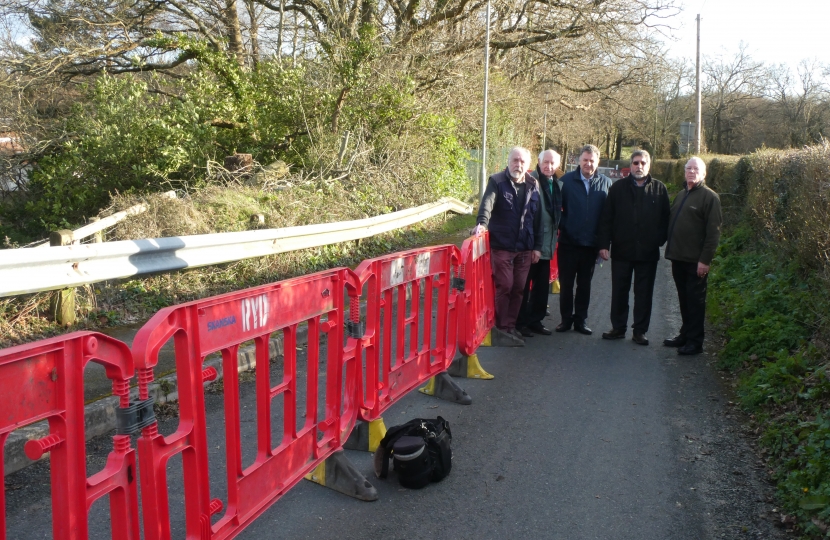 Mel Stride MP has written to Devon County Council after a major landslip outside New Park in Bovey Tracey which has left the park home community unable to get to Thorn’s Cross and instead facing a significant detour. One resident who contacted Mel said he was concerned the community might be completely cut off if the current diversion route, which has also struggled to drain all the rainwater that has fallen in the past few weeks, is also flooded. Mel wrote to DCC immediately after being made aware of the issue and followed it up by visiting the site with local Devon County Councillor George Gribble a couple of days later. Speaking after his visit Mel said:

“I understand that the exceptionally heavy rain we have experienced in recent weeks will have left DCC with many repairs needing to be made across the county, but given that park home communities are comprised of older residents, many of whom don’t drive or are not particularly mobile, I hope these repairs are prioritised.”

Former Residents Association Chairman Peter Mallaband, who was one of the residents who contacted Mel added:

“We really appreciate Mel’s quick action – both in writing to DCC and coming personally to the site to see the damage that the landslip has caused. Residents are facing a significant inconvenience and are concerned that this diversion is something which take months to get put right. We hope DCC will act as soon as they can in undertaking the necessary repairs.”