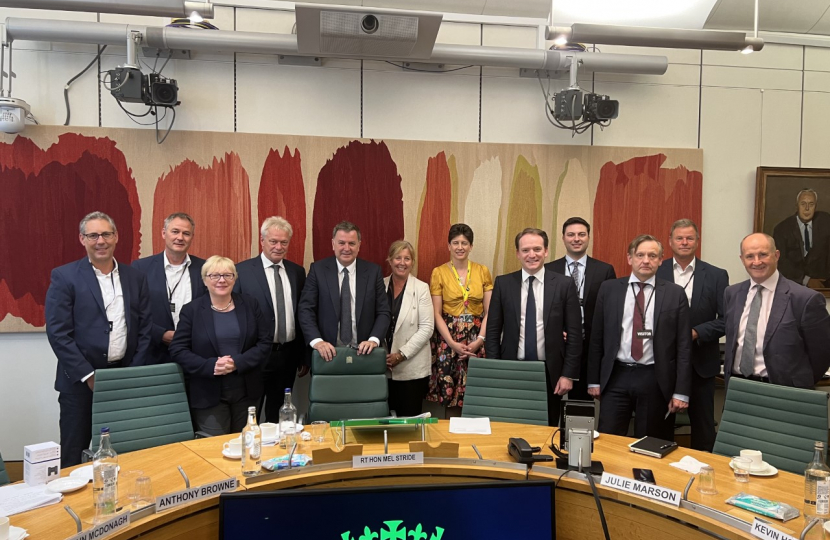 Central Devon MP Mel Stride, who chairs the influential House of Commons Treasury Select Committee, welcomed his opposite number from the German Bungestag to Westminster today (29/06/22). German MP Alois Rainer and his committee joined Mr Stride and members of his committee to discuss how their two countries can cooperate on further sanctions against Russia.

Mr Stride, who has been personally sanctioned by the Kremlin in retaliation for his vocal support for Ukraine, said:

“The sanctions that the UK and our allies have imposed upon Russia since its barbaric and unjustifiable invasion of Ukraine on 24th February have damaged the Russian economy and disrupted its military machine. But we must look to go further where possible and explore what other economic tools we can use to turn the screw on the Russian economy and force Putin to change course. Joint action with our allies is crucial and it was very useful to meet with the Bundestag Finance Committee today.”