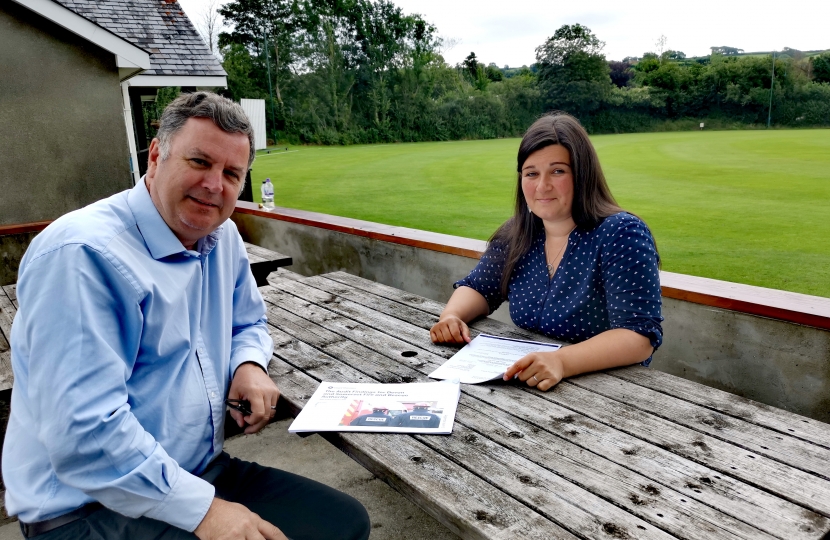 During the last month I have criss-crossed our vast constituency, holding local meetings on issues including education, fire services, the environment and housing. But at the top of my agenda has been the provision of local health and social care services – in particular the future of Moretonhampstead Hospital and Ashburton & Buckfastleigh Health and Wellbeing Centre. There is some good news to report on both fronts.

Moretonhampstead – several months ago I began liaising with the Department for Health over the future of Moretonhampstead Hospital. North East Dartmoor Care (who I have met with on various occasions) is a fantastic charity based at the hospital, providing crucial bespoke home-care services for many communities in my constituency, including in Moretonhampstead, Chagford, Manaton, North Bovey, Lustleigh and the Teign Valley. The organisation was concerned that the future of the hospital as a local health hub might be in doubt because the Royal Devon and Exeter Hospital moved some services out of the hospital. In July I secured a meeting with Health Minister Edward Argar to specifically discuss the issue, where I emphasised how important the hospital is to the town and more than a dozen neighbouring Dartmoor communities. I was very pleased to receive assurances from the minister that the hospital will remain as a local health hub and that plans are underway to bring further services to the hospital.

Ashburton & Buckfastleigh – last week I met up with the Chair of Ashburton & Buckfastleigh Hospital League of Friends, Cllr Sarah Parker-Khan (pictured). Having worked closely with Sarah over many years to retain the hospital building, it was good to hear that the range of services operating from the new Health and Wellbeing Hub is continuing to expand. This includes the recent addition of mental health support services. Due to the pandemic most patients have so far been seen remotely, but as we begin to get back to normal more patients will be seen in person. The centre is now also allowing self-referrals for services such as physiotherapy. Eliminating the need to see a GP first not only speeds up the process of getting treatment or advice, but it frees up a GP appointment for someone else.

The issue of health and social care is coming very much to the fore in Westminster, with the Government introducing a major Health and Social Care Bill in July. It has passed its second reading in the House of Commons (the technical term for the first opportunity for MPs to debate the main principles of the bill) and has now gone to committee for scrutiny. I met with the Devon County Council cabinet member for Adult and Social Care, Cllr James McInnes, in Chagford last week to ensure I was fully up to speed on specific issues facing the sector here in Devon and will be factoring this into my involvement with the bill in Westminster. An exchange I had with the Prime Minister in March, which included the issue of social care funding, can be found at www.melstridemp.com/lcmarch21.