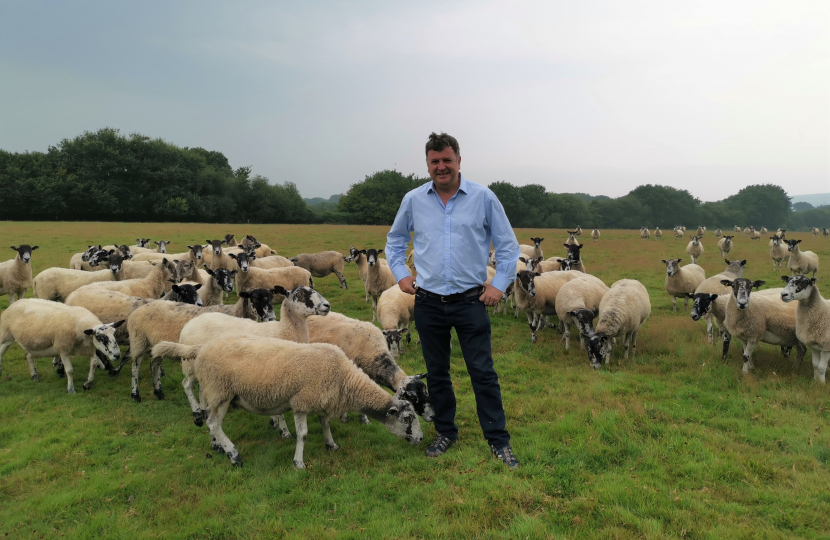 Our Central Devon constituency is one of the largest and most rural in England, covering more than a hundred towns and villages and about half of Dartmoor. In many ways it is idyllic. But rural parts of our country like Central Devon face many challenges, including expensive housing relative to wages, often patchy public transport, and difficulties for businesses in recruiting qualified staff (for farmers the struggle is now access to seasonal labour). Infrastructure can also a problem and, although there has been a lot of progress since 2010, there are still rural businesses without superfast broadband or reliable mobile phone coverage.

I have worked hard over many years to address these problems. I was instrumental in increasing national funding for affordable housing from £7 billion to £9 billion so more families can afford a place of their own. I helped to deliver the new Dartmoor Line (pictured) that has given more than 10,000 of my constituents access to a local rail connection for the first time in decades. When I was a treasury minister I helped reduce business rates for the majority of small high street shops by a third, helping our market towns compete with online retailers. To support our farmers I have pressed for urgent action on seasonal worker visas and previously led legislation that introduced fines of up to £100 million for supermarkets that deal unfairly with our farmers including over the price they pay for milk.

But there is more that needs to be done and I was encouraged by the release of a report last week by the All Party Parliamentary Group on The Rural Powerhouse that highlighted many of the issues I have been championing for the past 12 years. There was a particular focus on housing, broadband and economic productivity (which is 18% lower in rural areas than the national average). This sense of businesses being held back was a theme when I met recently with Nigel Ward and Nathan Siddle from the Ashburton Chamber of Trade to discuss some of the issues facing local businesses. I was encouraged by their plans to provide members with greater support over HR, legal, commercial, strategic and technical issues – aspects of which can prevent small businesses (with limited ability to pay for professional services) from reaching their full potential.

Another business meeting I held last week was with Shirley and Dean at The Dairy in Lustleigh, which serves as both a popular village shop and a Post Office Local. It is a great example of how a business can succeed in the most rural of locations and can support other local businesses by selling their goods and produce. As we are more alert than ever about the need to reduce our carbon footprint, retaining our valued village shops will also be key to avoiding car journeys.