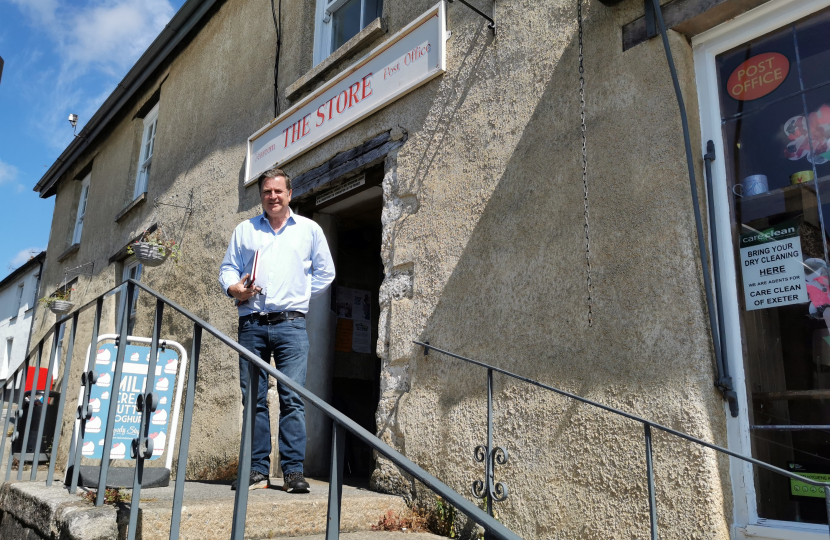 Before I was elected to Parliament in 2010 I ran a major two-year campaign against the last Labour Government’s post office closure programme which saw over a third of branches in the UK close. Many were in rural communities, with the Government at the time failing to appreciate the damage that was being done to small villages when they lost their post office – often their last remaining amenity. These rural post offices and village shops were real hubs of the community, leaving residents more isolated when they closed. It was also short-sighted from an environmental perspective. Being able to walk to a local shop to pick up a few basic items (or in the case of a business being able to pay in or withdraw cash) obviously avoids at least some carbon emissions that result from jumping in a car and driving further afield.

Since becoming an MP, supporting our local post offices has been one of my top priorities. I have battled with Royal Mail over the removal of local sorting offices, jointly hosted a local forum (believed to be a UK first) for local sub-postmasters to exchange ideas and best practice, and in 2019 I spoke out in the House of Commons when Barclays was refusing to let their customers withdraw money at local post offices. The following day Barclays reversed their decision.

I have also challenged our high street banks to do more to inform their customers that 99% of personal customers and 95% of business customers can carry out their day-to-day banking needs at a post office and that people do not necessarily have to bank online if that does not work for them. But for many of my constituents this presents a real challenge. While many older people use the internet confidently, others do struggle. For many who might be uncomfortable in the online world speaking to someone across the counter who they trust makes the world of difference.

In Central Devon post office branch numbers have held steady at around 50 for the past 12 years. We have the third most branches of the 650 constituencies in the UK – a testament to government investment in our rural post office network, the hard work of our postmasters, and to the volunteers who generously give up their time to man the counter at community-run post offices and shops. In September, Moretonhampstead Post Office will reopen after a closure of nearly three years – an important day for the town and one which will no doubt be a boost to local businesses. Regrettably it is a case of one step forward and one step back though as the branch at Buckfastleigh has recently announced its intention to close in January 2023. I will do everything I can to ensure it reopens and does so as soon as possible.