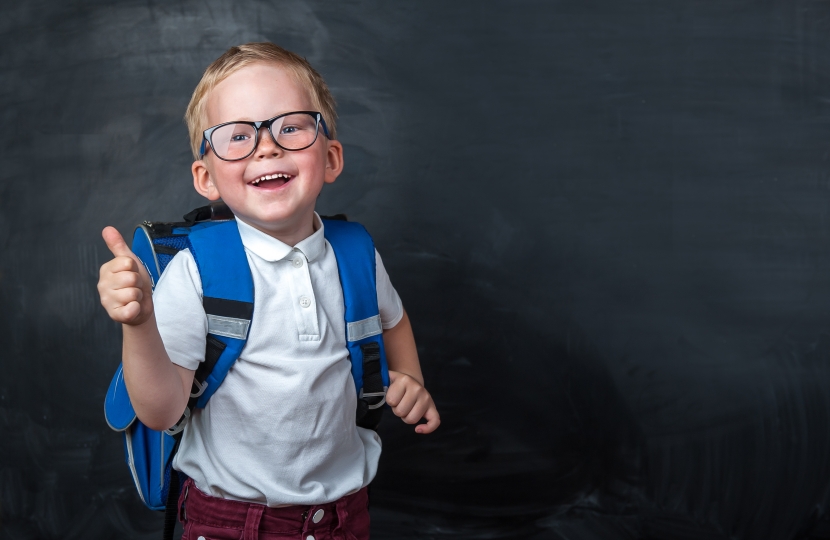 One of my missions as an MP has been to secure more funding for primary and secondary schools here in Central Devon. Alongside other Devon MPs and county councillors (Devon County Council being our local education authority), I have made the case to successive Governments that Devon has long been underfunded compared to other parts of the country. This historic disadvantage goes back decades under Governments of all colours, but has started to be addressed, first under Theresa May and now Boris Johnson.

Key to this has been amendments to how ‘per pupil funding’ is calculated because more funding across the board (while very welcome) would still leave a gap between Devon and other parts of the country. I have pressed this case firmly during meetings with education ministers over a number of years and the pressure from all of those campaigning on this issue helped bring about some important changes. While levels of deprivation remain a significant factor (the most deprived schools rightly get the most help to improve the life chances of some of our country’s most disadvantaged young people), other factors are now more fully considered. These include the costs associated with running many small schools in rural counties like Devon (compared to running a smaller number of larger schools in more urban areas), plus higher transportation costs and higher energy bills (with many of our schools being in older buildings).

At primary school level the calculation changes have been really positive for our Central Devon constituency. For example, in 2017 many of our smaller schools, such as Widecombe-in-the-Moor and Ilsington, saw their per pupil funding increase by about 20%. Since then, further boosts have levelled up primary school funding to the point where primary schools in our constituency now receive, on average, £4,578 per pupil per year (pretty much at the national average).

Last month the Government announced a further £4 billion for schools across the country for the 2022/23 academic year, bringing the budget for mainstream schools to £41.7 billion (an increase of 5.8% per pupil). £1 billion will be dedicated to pupils with special education needs and disabilities – a record 13% increase in funding.

Devon will receive an additional £44 million, boosting our total schools budget to £589 million (an increase of 8.8%). This additional investment will mean that from September 2022 primary schools in our constituency will receive, on average, £4,687 per pupil – £13 more than the national average of £4,674.