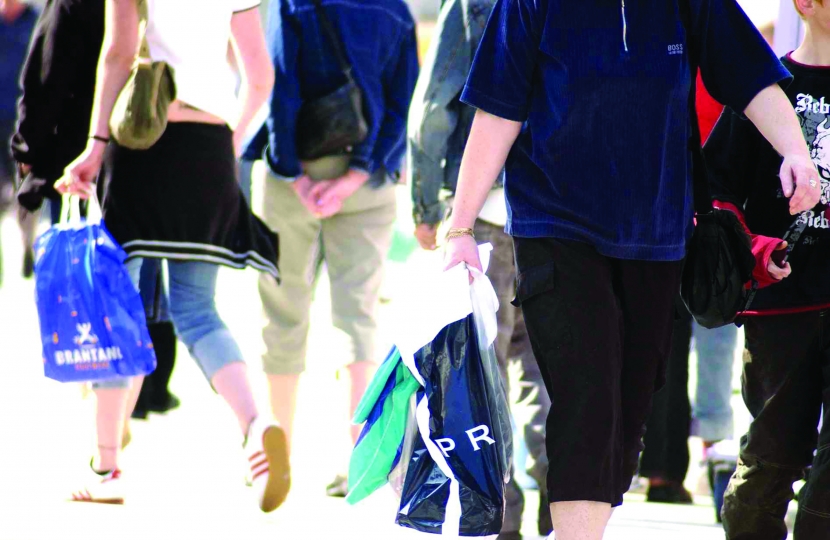 The Bank of England has set out its predictions for the UK’s economic growth this year - an estimated expansion of 7.25% which is much more encouraging than forecasts in January of around 5%. The contraction last year was significant but I would hope the economy will be back at pre-pandemic levels around the end of this year.

Employment forecasts have also improved significantly – with predicted levels of unemployment lowered from 8% to 5.5%. This means 700,000 fewer people losing their job than previously forecast. The rollout of our vaccination programme, which is allowing our economy to slowly open up again and the Chancellor’s support packages for businesses (the furlough scheme in particular) have made a huge difference. These schemes have been key to staving off mass unemployment and while they have been hugely expensive, the cost of supporting 700,000 more people while they were out of work (and then helping them get back into work) might have actually been higher in the long run. Of course there is also the personal benefit to each individual – it will be far better for the mental health of those 700,000 people to have stayed in their jobs with a regular pay packet, rather than go through the stress, anxiety and financial uncertainty of losing their job and needing to look for alternative work.

In terms of wage growth, The Bank of England appears to be cautiously optimistic, estimating that most businesses were awarding pay increases of between 1.5% and 2%. With inflation currently around 0.7%, this means a real terms increase in take-home pay for millions of workers across the country.

We are a long way from being out of the woods economically and the Government will have some tough decisions to make when it comes to paying back the money that it borrowed to help see us through the pandemic. But these forecasts are a sign of yet more light at the end of the tunnel.

Last Thursday saw elections taking place across the UK. Governing parties are usually hit very hard, particularly when they have been in office for 11 years, but this trend was bucked with the Conservatives making many council gains and winning the parliamentary by-election in Hartlepool – a seat that has been won by the Labour Party since its creation 57 years ago.

Locally in Central Devon, turnout for the Devon County Council elections was strong and I am grateful to everyone who took the time to vote. Every time we participate in our democracy we strengthen it and we demonstrate to parts of the world without the freedoms we enjoy that fewer issues are more important than the fundamental right to vote. I am also grateful to every candidate, of every party, who stood. It takes a lot of courage to put yourself forward for local government and it was good to see that on the whole campaigning in Central Devon was conducted positively and in a good spirit.