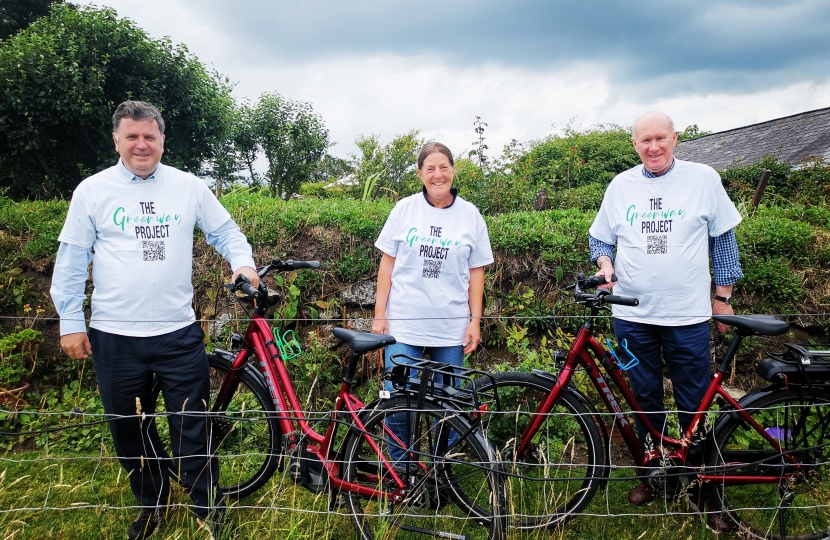 Dartmoor has been even busier than normal this summer, with many people choosing to holiday in Devon due to the Covid-19 pandemic. The influx of tourists has led to congestion on rural parts of our road network, with Chagford Borough Councillor Nicky Heyworth arguing this is another reason why extending the Wray Valley Trail from Moretonhampstead to Chagford – to encourage walking and cycling – is so important.

This mission – referred to locally as the Greenway Project – was set up by Cllr Heyworth and a feasibility study by the national sustainable transport charity SUSTRANS has been finalised and will shortly be signed off. Cllr Heyworth recently met with Central Devon MP Mel Stride and local county councillor James McInnes in Chagford, who have been involved with the project from the beginning, to discuss the next steps, which will include SUSTRANS reaching out to with local farmers and landowners.

“The Greenway Project will encourage active travel, reduce carbon emissions, support bio-diversity and will be a boost for local businesses. But just as when the Wray Valley has been extended in the past, getting agreement from local farmers and landowners is never easy. I just hope that with Chagford and Moretonhampstead Parish councils unanimously in favour and residents overwhelmingly backing the plans that local landowners will be supportive.”

“Nicky and the Greenway Project Steering Committee have done an excellent job, raising crucial funds for the feasibility study and taking a project which will help to tackle climate change and ease congestion on our roads one step further forward. With Government at all levels wanting to promote active travel I am optimistic that we will be be able to secure funding for the project – key now is agreeing the route.”