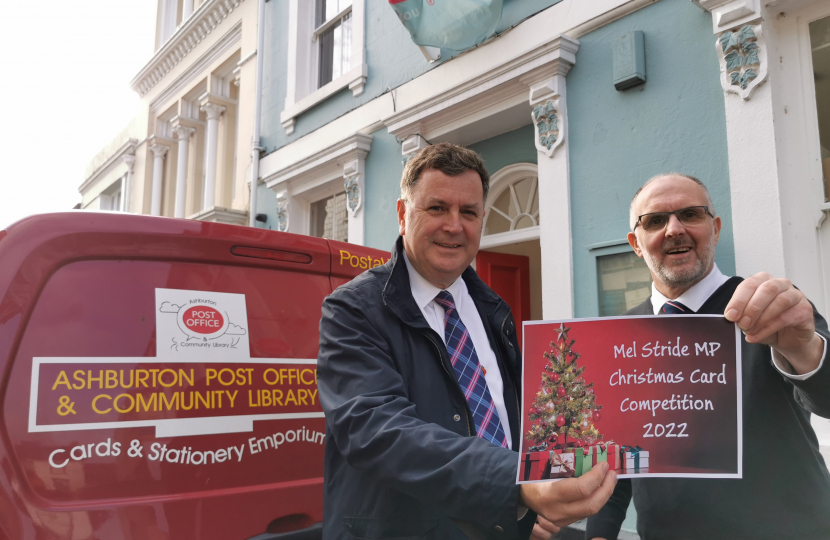 It has been another very busy week, both in Central Devon and up in Westminster. As the war in Ukraine continues, I caught up with Tanya Larsen, co-founder of Devon for Ukraine and a resident here in our Central Devon constituency in Silverton. While Tanya has lived in the UK for 15 years and has become a British citizen, her parents were still in Ukraine when Russia invaded but managed to escape through the Mariupol corridor as the fighting intensified. I am very glad they made it here to Central Devon and have settled in well. I have assisted with the visa applications for around two-thirds of the refugees who have to our constituency and Tanya is supporting many of them with housing and other needs such as access to education or healthcare.

It was then off to Ashburton to see Martyn Brooks, chair of the Ashburton Branch of the Royal British Legion. I will be recognising the branch and their extraordinary fundraising efforts over many years in a special ceremony in Westminster next week by planting a commemorate cross in the Garden of Remembrance at the entrance to Parliament. Each MP has been invited to do so on behalf of their constituency and can nominate a worthy local organisation when they do. I will be very proud to honour the Ashburton branch for their outstanding support for our veterans and serving armed forces personnel, including raising nearly £20,000 for the legion in the past three years in spite of the pandemic.

While in Ashburton I dropped in to speak to local businesses and met with sub-postmaster Stuart Rogers to launch my annual Christmas card competition, which he is kindly sponsoring this year. The competition, open to every school in Central Devon, invites pupils from 4 to 11 to put forward drawings of what Christmas means to them, with the winning design and two runners-up appearing on my Christmas card. In an increasingly uncertain world the message of Christmas seems more important than ever. The competition takes me into local schools to award the winning artists their prizes and provides an opportunity to speak to pupils about Parliament and to catch up with teachers and heads. I hope my visits spark an interest in politics at an early age and that my discussions with pupils help them make the link between their community and Westminster. This year I have visited Hatherleigh, Dunsford and Newton St Cyres Primaries and will be visiting The Duchy School in Bradninch as part of UK Parliament Week in a couple of weeks’ time.

In Westminster I have been getting to grips with my new role as Secretary of State for Work and Pensions – a huge responsibility, overseeing 90,000 staff and a quarter of a trillion pound departmental spending budget. But I am relishing the responsibility, one which will give our constituency a strong voice at the cabinet table.