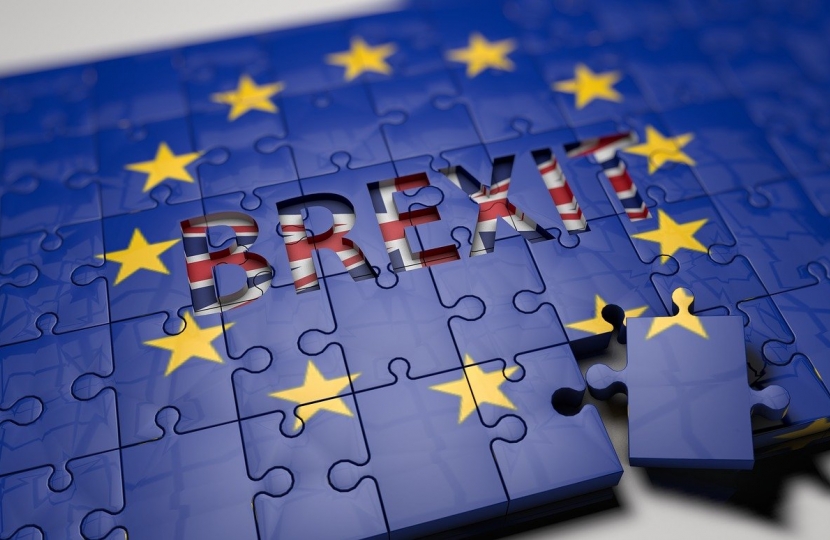 It feels a while ago that I last wrote about Brexit, with the once dominant issue very much overtaken by the coronavirus pandemic. So what progress has been made recently? In the past fortnight five issues stand out:

Trade – A Free Trade Agreement has been signed with Japan marking the UK’s first major trade deal as an independent trading nation. This is good news for the 8,000 small and medium-sized businesses in the UK that export to Japan, including more than 800 in the South West, who exported more than £600 million of goods to Japan in 2019. The dairy industry is set to benefit from the deal which is good news for our farmers.

Finance – A Financial Services Bill has been introduced which will ensure the UK maintains the highest regulatory standards. The UK remains a global financial centre, with our Financial Services sector contributing 6.9% of our GDP last year and employing more than a million people.

Immigration – The Government has made the changes it promised in February to salary thresholds for migrants as we move to an Australian-style points-based system. The minimum salary threshold of £35,800 will be lowered to £25,600 on 1st December, enabling more high-skilled workers to bring their talents to the UK. A lower bar of £20,480 is set for shortage occupations where workers do not necessarily need to be highly skilled.

Food and Drink – New rules and logos have been set out that will protect the authenticity and origin of British food and drink. Goods marked with ‘Geographical Indicators’ represent around a quarter of UK food and drink exports by value and will be protected against non-authentic products being marketed under their name.

Business – The Government has launched a ‘Time is running out’ campaign to alert businesses to the need of preparing for the end of the UK transition period. Business can visit www.gov.uk/transition, answer a few questions about their business, and get specific guidance on what they need to do.

Despite this progress a lot more remains to be done, not least securing a free trade deal with the EU before the transition period ends on 31st December. It is important that we do so because our economy has taken a huge hit in the past six months and a deal that would allow businesses to continue trading without tariffs or quotas will be really important. Key areas of disagreement remain, not least over the issue of state aid, but I remain optimistic that the benefits of a deal will give both negotiating teams every incentive to compromise.

Mel Stride MP has welcomed a decision from the Government to extend the Trade and Agriculture Commission (TAC) and place it on a full statutory footing through the Trade Bill.