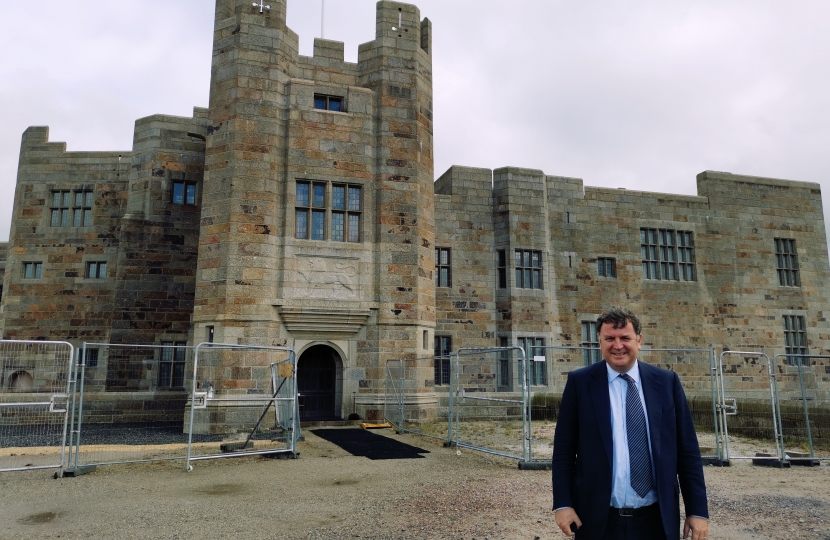 Mel Stride MP is urging local cultural and heritage organisations to apply for a second round of grants from the Culture Recovery Fund, administered by the Department for Culture, Media and Sport. In the first tranche of funding, Castle Drogo near Chagford and the South Devon Railway near Buckfastleigh both benefited, receiving £442,000 and £332,000 respectively.

The second round of the Culture Recovery Fund looks forward to next spring and early summer when it is expected that cultural organisations will be able to operate with fewer restrictions. Over £300million of grants will be available, covering the period April-June, to support cultural organisations with the costs they will face as they welcome back visitors. The fund opened for applications on 7th January and applications will close on 26th January.

“The Culture Recovery Fund is the largest ever one-off investment in UK culture, with £1.57 billion being provided in grants and loans to safeguard thousands of arts and creative jobs and protect Britain’s world-class cultural, arts and heritage institutions. I strongly urge local charities and organisations involved with heritage conservation to look at how their finances are likely to be affected between April and June and to apply for grants to help recover some of their costs or expected losses in revenue.”

Photo: Mel visiting Castle Drogo - one of the beneficiaries of the first grant - in October.