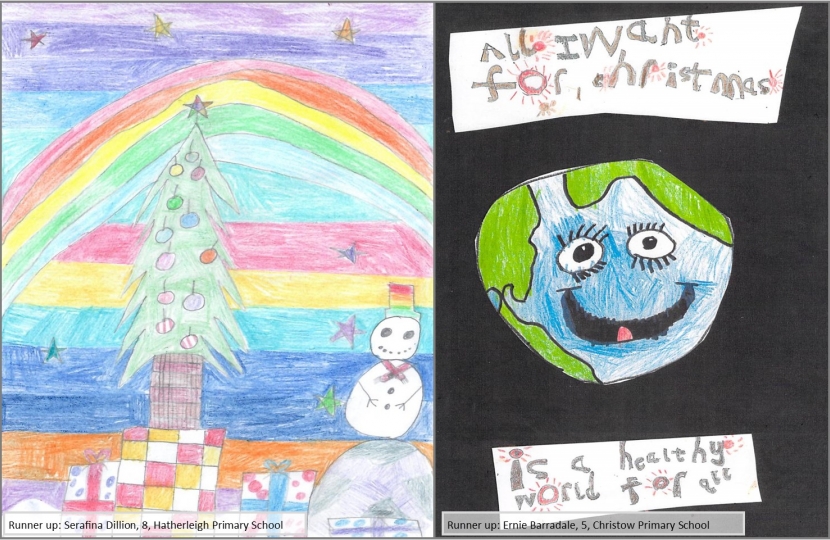 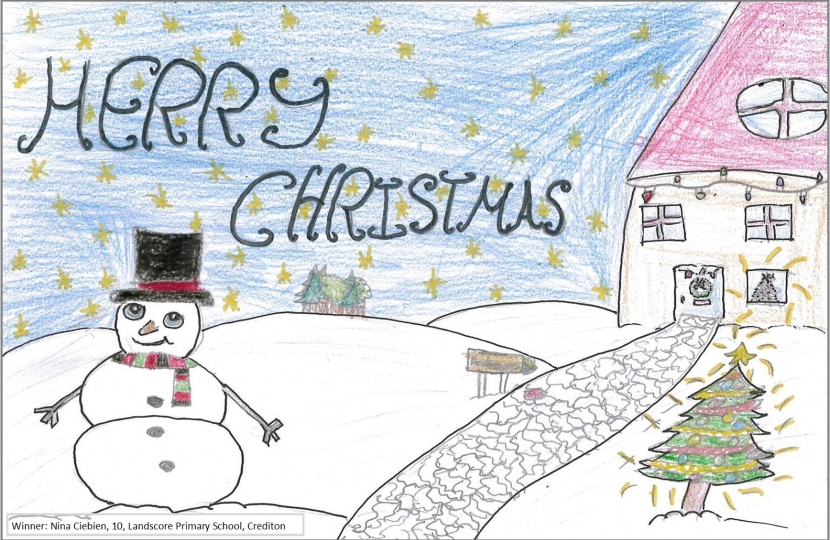 Mel Stride MP has thanked the 250 pupils from across his constituency who took part in the competition last month to design his 2020 Christmas Card. The annual competition, in its sixth year, saw the winning design and two runners-up feature on his card, which was sent electronically due to the pandemic. It went to more than 1,000 people, including friends, family, fellow MPs and local organisations Mel has visited in the past 12 months.

The competition was won by Landscore Primary School pupil Nina Ciebien, aged 10, who won over judge Peter Heal with her drawing of rolling hills covered in snow, complete with snowman, Christmas tree and decorated house. The two runners-up were Serafina Dillion, aged 8, from Hatherleigh Primary School and Ernie Barradale, aged 5, from Christow Primary School. Serafina did a colourful drawing of a Christmas tree and snowman and Ernie captioned his picture of a smiling planet earth with the message “All I want for Christmas is a healthy world for all”.

“There were so many wonderful drawings, really encapsulating what Christmas is all about, and even some poignant references to the pandemic. I am really grateful to every school that took part and to every pupil who submitted an entry.”